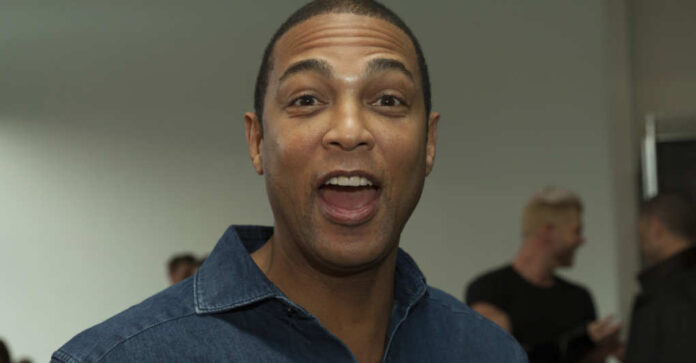 It’s always a bit humorous to see people uniquely get their comeuppance. People like Anthony Weiner, Andrew Cuomo with his brother Chris, and now CNN’s favorite leftist minority Don Lemon. In the time Lemon has been on the air with CNN he has poisoned every broadcast with his sour news about Republicans.

He serves as a shining example of the ‘Republicans are the root of all evil and Democrats are our lord and savior’ mindset that is plaguing the country. As one of the key spokespeople for this mindset, he uses his platform on CNN to push the narrative that we all need to be loving and expecting of everyone else, well his latest lawsuit alleges that he doesn’t practice what he preaches.

Murf’s Tavern in Sag Harbor, NY is the scene of the allegations, and they are a bit troubling. Dustin Hice alleges that Lemon sexually assaulted him while at the tavern and talked all about it on Fox News Channel’s Watter’s World on Sunday. “Well, I was out with my boss. We went into a place called Murf’s Tavern in Sag Harbor. We walked in and saw Don Lemon to the right, and I walked up to him and said, ‘Hey, you’re Don Lemon. Let me buy you a drink.’ And before he could even respond, I said, ‘Hey Nick, let me get two lemon drops.’ And Nick is the bartender at Murf’s Tavern. And Don Lemon looks at me and says, ‘I’m just trying to have a good time.’ And I said, ‘OK, my bad.’ And I walked around the bar.”

Sounds like a fair enough interaction with a ‘celebrity’ right? Pretty easy and straightforward to take the ‘leave me alone’ and walk off. From the allegation that’s exactly what Hice tried to do. Yet Lemon didn’t seem to want that.

“Five minutes go by,” Hice continued. “And he walks up to me, stuffs his hand in his pants — and before that, he says, ‘Do you like me? Is that why you’re f—ing with me?’ And I said, ‘Nah, man, I’m just trying to have a good time.’ And in that split second, he stuffed his hand in his pants. And shoved his fingers up under my nose, pushed my head back, and asked me if I liked p—- or d—. I’m not going to say it. And I was disgusted, as you can assume, and I fled the bar.”

Nobody deserves to be treated this way. The guy tried making fair contact and was shut down. He took the loss and walked off as anyone should. Lemon sounds like he took offense to being offered some drinks, and decided someone was playing a joke on him. Like someone was trying to get a rise out of him. Apparently, he doesn’t know that this is commonly how flirting is done?

Then his response? The ‘here sniff my lemons’ move is horrible. Any kind of sexual contact needs to be earmarked with clear consent and approval. Not just doing whatever you want because you’re a b-list (at best) celebrity. We have seen what happens when they start doing whatever they want, and it’s never good. Lemon is in the wrong here and this lawsuit could prove the tipping point for CNN. With Lemon and Cuomo on the outs, it’s looking grim for CNN. They may need to go back to the truthful and unbiased politics that got them famous decades ago. We all certainly know that supporting the left has done them zero favors, and that won’t change any time soon.