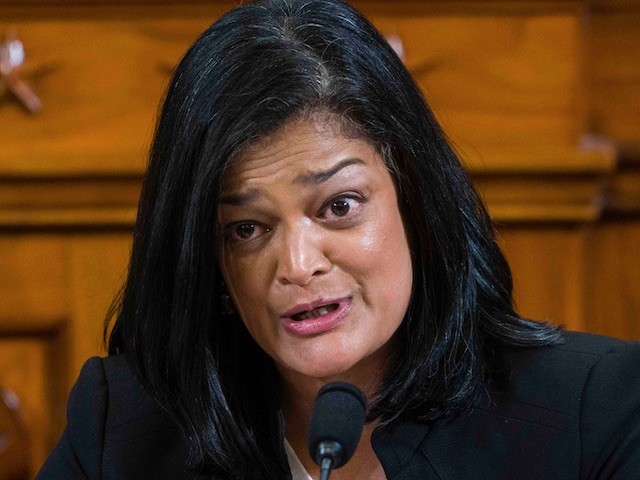 Rep. Pramila Jayapal (D-WA) said on this week’s broadcast of MSNBC’s “The Sunday Show” that Republicans who deny the severity of the riot inside the U.S. Capitol building on January 6 was “the biggest threat to our national security and our democracy that we’re facing now.”

Capehart said, “Your reaction to statements that were made durning hearings early last week about the January 6 insurrection?”

Referencing Rep. Andrew Clyde (R-GA) saying last week at a House Oversight Committee hearing that some people inside the Capitol behaved as if they were on “a normal tourist visit,” Capehart said, “I can’t remember a particular member of Congress who said it was no big deal, it was like any old other day of people taking tours of the Capitol.”

Jayapal said, “I think that’s the biggest threat to our national security and our democracy that we’re facing now.”

She continued, “The way in which Republicans are not all but the vast majority of Republicans are refusing to even admit that the insurrection was real and they truly are a one-man cult. The only thing required to be in the Republican Party today is whether or not you swear to Donald Trump and the big lie that the election was stolen, extremely dangerous.”