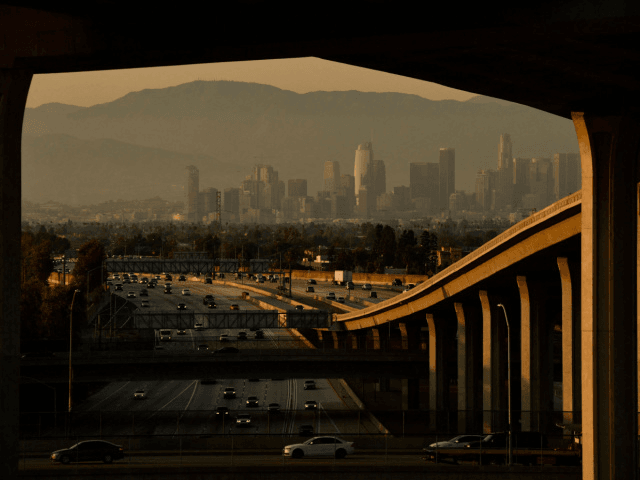 A provision in President Joe Biden’s Build Back Better Act is called Reconnecting Communities, and it is a $1 billon program.

Liam Dillon, a reporter with the Los Angeles Times who investigated whether people were displaced to build roads, said in a taxpayer-funded National Public Radio interview:

The point of it is to potentially even tear down freeways, sort of address some of the harms from racist planning decisions with respect to where freeways were cited in the past and sort of reconnect, as the program states. But, you know, that amount again, only $1 billion, sort of pales in comparison to the potential hundreds of billions of dollars that are essentially unrestricted where state transportation departments could use it to further expand freeways and, in many cases, continue to displace families.

“Well, it’s very concerning,” Transportation Secretary Pete Buttigieg said when asked about the Times report. “It’s something that we need to pay attention to so that these dollars are always doing good, not harm, that they are connecting, not dividing.”

“We need to make sure that every penny of the federal money that’s going out here goes out on equitable terms and in inclusive ways,” Buttigieg said of the BBB provision.

And now a state legislator from Los Angeles County is introducing legislation to block freeway expansions “in underserved communities across California.”

The Los Angeles Times reported on the proposed law:

Assemblywoman Cristina Garcia (D-Bell Gardens) said her bill would prohibit the state from funding or permitting highway projects in areas with high rates of pollution and poverty and where residents have suffered negative health effects from living near freeways.

She said state leaders should consider the significant evidence of racial and health disparities caused by highway construction as well as research showing that freeway widenings frequently fail to resolve traffic congestion because they induce more car trips.

Garcia said the impetus for the legislation, which she plans to introduce early next year, was a recent Times investigation that documented the effects of freeway construction over the last three decades. The Times found that more than 200,000 people nationwide have been displaced because of federal road projects during that time, and that some of the country’s largest recent highway expansions have forced out residents in Black and Latino neighborhoods at disproportionately high rates.

“If we have the data and we have the research and we’re ignoring it, that’s when it starts to become criminal when you’re in a position of power,” Garcia said.

The Times also said Los Angeles Democrat State Senator Sydney Kamlager is considering authoring a bill to push for funding in next year’s state budget to compensate those who moved for freeway expansion and for other improvements like planting trees and “beautifying” overpasses that divide neighborhoods.