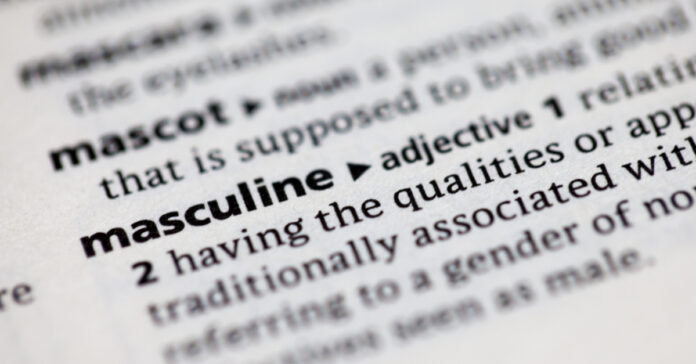 Sen. Josh Hawley of Missouri has impressed conservatives on more than one occasion, and most recently he’s put a target on his back by ticking off the feminists. Or as my good friend Jerry Clower called them “The she coon of women’s lib.”

In this case, the feminists lit up like rich lighter pine over his defense of the American male. The Republican from the state with (probably) the most homeschoolers in the union spoke last month at the National Conservatism Conference in Orlando, Florida where he accused liberals in the government, media, and entertainment of calling virtues like courage, and independence, and assertiveness, things typically associated with masculinity, as a danger to society.

Hawley said that the very qualities that make for a strong family and nation and are crucial to self-government and liberty are being vilified and that we are all the worse off for it:

“We need men who will shoulder responsibility, men who will start and provide for families, men who will enter the covenant of marriage and then honor it,” Hawley said. Hawley made a point to say that men must have to take responsibility for their own actions. “Still,” he said, “can we be surprised that after years of being told they are the problem, that their manhood is the problem, more and more men are withdrawing into the enclave of idleness, and pornography, and video games?”

The first-time senator has been at the center of a number of controversies, but none so important as the issue of what a family is and should be. And less the “she coons” in the audience get up in arms and start a “free Mrs. Hawley” campaign, let us talk about whether or not Hawley has a problem with strong women.

Hawley’s wife, Erin Morrow Hawley attended Texas A&M University where she got a degree in animal science before going on toYale Law school. She later clerked for Supreme Court Justice John Roberts and joined the team of Alliance Defending Freedom where she has gotten the chance to argue before the same Supreme Court justice that she previously clerked for. In case you’re not familiar with Alliance Defending Freedom, they’re a little group that has defended people such as Masterpiece cakeshop owner Jack Phillips and the teacher from Loudoun County Virginia who was fired for not using a student’s proper pronouns.

It’s pretty cut and dry, as a man you cannot (and I repeat, cannot) give birth to a child with the plumbing God gave you. That’s something only women have been designed to do. It’s not prejudiced, it’s “science.” Does anyone else feel as though we’re only supposed to rely on science when they are attempting to manipulate us?

To be a male in society today, of any color, or race is more challenging than ever before. If they hold doors open for feminists they’re considered sexists, or chauvinist pigs. If they don’t hold doors open for women, “Chivalry is dead.” While the left is taking all these Jabs at masculinity, they really don’t understand what they’re doing to society as a whole. We’re one more generation away from these hair-brained schemes taking us down and all the masculine men dying out, and being stuck with a bunch of snowflakes.

Is this really what we want? We should take note that most of the people pushing this moronic agenda won’t have to deal with the mess they created due to their own mortality. In other words, it’s no skin off their nose because they’ll be dead and gone by the time these chickens (and I do mean chickens) come home to roost. God gave Men the ability to defend and protect their wives and children and the world needs us to be who he created each of us to be.

So, when we say that the Hawleys know what it takes to go to war, we’re not speaking metaphorically. They are dealing with the problem as a team, at every level and every step of the way. Given Erin Hawley’s credentials, her husband does not sound as though his goals for his wife are that she be “barefoot, pregnant and chained to the stove,” as people would likely assume he would prefer.

Hawley said his message to men is simple. “You can be a tremendous force for good. Your nation needs you. The world needs you.” Men are not created to lord over women and “put them in their place” so to speak.

So if the husband of Erin Hawley says that men need to stand up and be men, I think we should believe him.