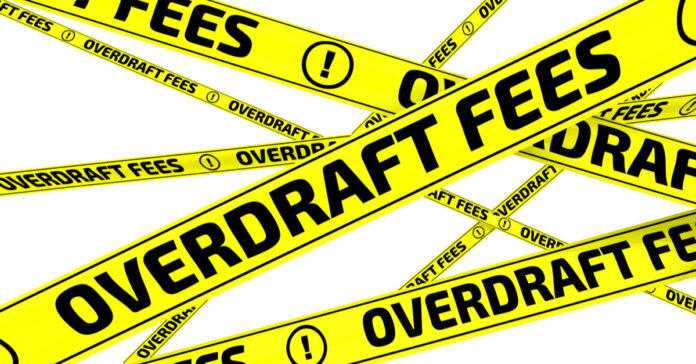 Banks are notorious for charging customers outrageous fees for overdrawing their checking accounts. Over the past decades, they’ve profited billions of dollars at the expense of people who were merely trying to balance their last few available dollars until payday. This foul practice has never been of concern to the more fortunate with bulging accounts, and it’s partly why the blatant thievery has never been properly addressed. Until now.

Financial institutions have become reliant on the extra income they derive from overdraft fees and lawmakers and regulators are telling them enough is enough. The madness needs to stop. Just in the first nine months of 2021, banks profited $6.13 billion in overdraft fees alone.

Some larger banks have already bowed to the pressure by at least lowering their fees. Others have started only charging a fee if the overdraft exceeds a certain dollar amount. Lawmakers say this isn’t enough.  In response, the sixth-largest bank in the nation, Capital One, has agreed to eliminate the charges altogether beginning in 2022.

PNC Bank came up with the idea of sending alerts to customers if their account is getting low on funds. They also offer a grace period to square the matter away before they charge a fee, and if several purchases overdraw on the same day, the fee only applies once.

Lawmakers still have an outrageously steep hill to climb considering how banks have become so accustomed to their cash cows filling their buckets with greenbacks. Director of the Financial Protection Bureau, Rohit Chopra said, “For many big banks, overdraft fees are still a steady, reliable, predictable, easy revenue that shareholders love.”

Overdraft fees began during the check-writing days prior to debit cards. Banks considered the fees a service charge to remind customers to balance their books better and the charge was generally nominal. But this was only until they realized the lucrative revenue stream the fees were producing and they upped the ante.

Debit cards were a game-changer. If the customer had a safety net that allowed them to spend more than what was in their bank account, the bank would honor the overdraft amount for a “slight” fee. In reality, the cash cow gained weight, and today, it’s bordering on obesity.

Here’s how the game works. When an overdraft purchase is allowed, the bank will then place all of a customer’s recent transactions in a particular order and run the entire batch back through. But first, they make certain that the largest purchase, the one that caused the overdraft, is run through first.

Doing so deducts the majority of available cash from the person’s account so that when the smaller purchases are then run through they’ll start bouncing. In turn, this produces multiple overdraft fees and the customer gets raked over the coals with no recourse but to accept their financial misfortune.

One suggestion has been for banks to eliminate their free checking account policies and begin charging monthly fees as in bygone days. Of course, this would cause people who never overdraft to pay for the mistakes of those who do, and the banks would still earn more than their unwarranted fare of extra income, but whatcha gonna do? Money wins every time.