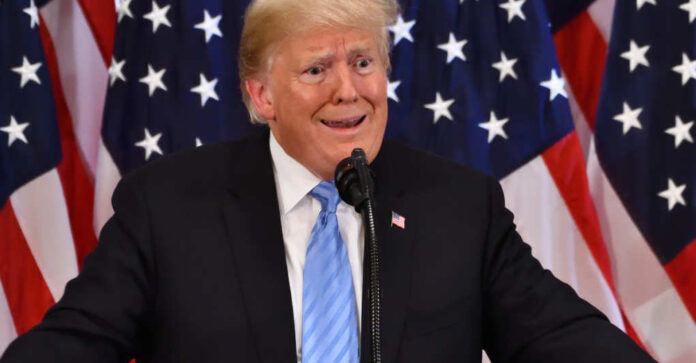 If you listen long to the voices of the political left, you’ll hear the undeniable accusation that their opposition, the right-wing, and anyone associated with them is racist, misogynistic, and completely intolerable to those who don’t look, act, think, or feel like they do. It’s been the basis for their argument these past five years as to why Donald Trump didn’t like congressional members like Ilhan Omar of Minnesota or Michigan’s Rashida Tlaib.

In addition, it was also used to supposedly explain why the former president was so divisive as if he was building walls not only between white and minority Americans but the GOP and Democrats. According to them, Trump is basically a modern Hitler who cares little for anyone who doesn’t believe or look as he does.

And quite naturally, anyone who ever supported him or the Republican Party gets lumped into that same category. Apparently, we are all dumb, disgusting skinheads over here who want to shoot everyone not born male, white, or some misguided form of Christianity.

The only problem is that recent polls of college students actually show the liberal left, not the right, to be the least tolerable of all parties and people.

According to Generation Lab and Axios, when asked about their tolerances for those of the opposing party, it is Democrats by far who won’t have anything to do with the other.

And I mean, pretty much anything…

When asked about dating a Republican, a whopping 71 percent of Democrats in the poll said they would refuse to. In comparison, only 31 percent of Republicans said the same about Democrats.

Similarly, some 41 percent of Democratic college students said they wouldn’t even shop with or buy from a Republican-owned business. A mere 7 percent of Republicans shared those thoughts.

And when it comes to friendship, that too is dominated by Democrats shunning Republicans. The poll’s data suggests some 37 percent of progressives won’t tolerate having GOP friends, while a measly five percent of Republicans won’t have friends who vote progressively.

So much for saying they are the party of inclusivity, huh?

I mean, when you can’t even buy a Republican-made product or become friends with someone who may not agree with you on every political subject, there’s a major problem. No wonder our nation is more divided than ever.

As Axios writer Neal Rothschild said about the poll, it makes a clear case that “discord and distrust in the U.S.” are “all the more likely” due to these partisan divides.

I mean, it used to be that when a candidate ran for president, citizens would either support or oppose them, usually depending on party or policy issues. But once the election was over and a winner announced, that person became everyone’s president. No matter their agenda, personal beliefs, or background, Americans still felt a sense of pride in their leader. They still stood behind them in the face of foreign threats.

But now, that’s all changed. Somewhere along the line, we forgot what it means to be American and started focusing on what it means to be either Democrat or Republican. And we, or at least the liberal half of us as this poll proves, have let those ideals and not our patriotism rule the day.

Of course, that’s not how most liberals see it. Take Salon writer Amanda Marcotte, for example.

For her, this poll doesn’t mean that the left is more intolerable of others’ viewpoints than the right. Instead, it simply means that, for the leftward-leaning person, there’s nothing attractive about those on the right. Basically, she says in a reaction to the poll that those of the intolerant left are the cool kids that everyone wants to be or be with. Hence, Republicans are more willing to date, be friends with, etc., a liberal.

And that leaves the category of creepy losers to the Republicans. As Marcotte says, “There is no reason to date or befriend Trump voters.” It’s about “desirability, not ‘tolerance.”

Little does she know, she’s pretty much proving our point for us, isn’t she?