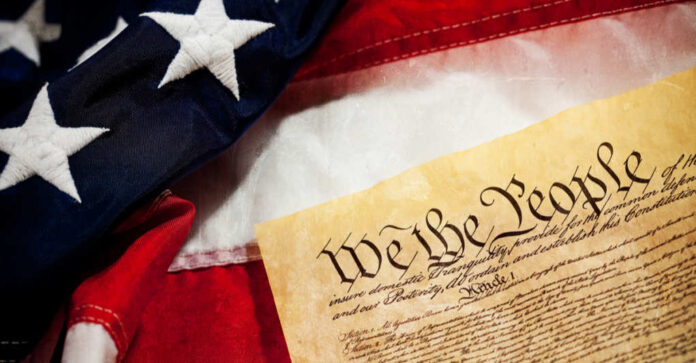 President Joe Biden nominated Suffolk County DA Rachael Rollins for the District of Massachusetts US Attorney position this past July. A well-known progressive socialist, she has built her career on pushing social justice-based ‘reforms’ that have done little to nothing despite her championing them as huge victories.

Her ‘career’ is also not so typical. She was only made DA back in 2019. Previously to that, she had bounced around numerous positions as a counsel. Per the Washington Post, these include the Mass. Department of Transportation, the Mass. Bay Transportation Authority, the Mass. Port Authority, and the National Labor Relations Board. Education-wise she’s much more balanced with a Bachelor’s from the University of Massachusetts in African-American Studies, a Justice Degree from Northwestern, & a Master of Laws (Labor and Unemployment Law) from Georgetown.

When someone like Rollins is up for a major office like US Attorney, we as a public should look at all aspects of their life. Rollins herself has already proven that she doesn’t like the constitution and believes it doesn’t matter. Back in January of 2021, a news crew was dispatched out to confront Rollins over various issues; none being Biden-related. As soon as the news crew showed up, she unleashed a vile, hate-filled, profane stream at them.

She seemed to think that this Fox affiliate showing up at her home had put her in danger “as a black woman, in this moment in the country.” However, she believed that they had gone too far with just this simple fact. At this moment she knew what she had to do, and she was going to get things done by any means necessary; she had to make a scene and make a statement.

How to make a statement over the media though? Call the police and order them to have the press leave. Unfortunately, they were on a public sidewalk and had every right to be there. Then she went so far as to suggest that they be arrested too. The problem here is no crime had been committed as she wanted to allege. There was no footage of her home, and either way, taking footage of a home from public view is not illegal anyways. This is where the First Amendment comes in to play.

As much as she loved to use that to say what she wanted to the press, she forgets that these amendments exist to protect Americans in public life as well as private citizens. As such, the team from Fox was protected. The even funnier thing is how her office would have failed to prosecute if the police had arrested them anyway.

Sen. Ted Cruz (R-TX) took the time during her Senate confirmation hearing to point out all the laws her office had declined to prosecute as they apparently were not worth her precious time. At the top of this list was trespassing ironically enough. Among the other charges on the list were shoplifting, disorderly conduct, threats, possession with intent to distribute, marijuana and non-marijuana drug possession. That’s quite a list.

As a US Attorney, you don’t get to pick and choose what to prosecute. You have a set of laws, and you enforce them. While the DEA and FBI have been giving the states autonomy on things like marijuana legalization (as they should), that’s not something that is up to someone in Rollins position. She needs to learn all the rules and play the game properly. Her position is not one to take lightly; no matter how little respect she gives our Amendments.