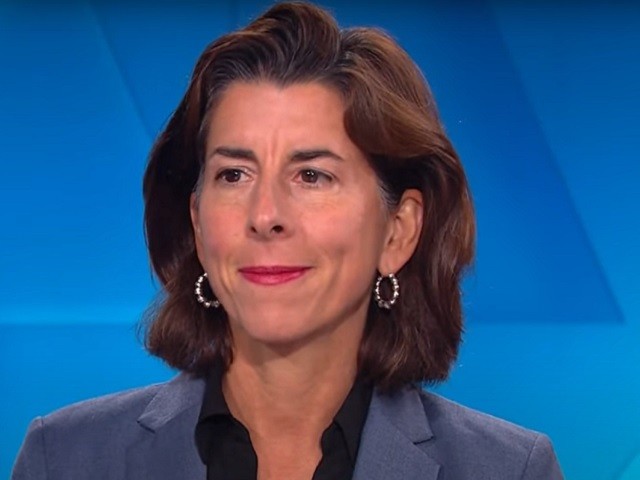 Reuters reported in 2018 that Danhua Capital was established and funded by the Chinese government as part of its “penetration of Silicon Valley.”

As the Secretary of Commerce, an agency central to America’s competition with China, particularly when it comes to artificial intelligence (AI), this revelation is deeply concerning and raises significant questions about obvious conflicts of interest and our strategic interests to lead on AI.

In September, Raimondo gave an interview to the Wall Street Journal wherein she advocated for “robust commercial engagement” with China. In addition, she also opposed urging American companies to pull their advertising dollars out of the upcoming Beijing Winter Olympics. “What individual companies do is entirely up to them. We’re not going to pressure them one way or another,” Raimondo said.

The Republicans requested Raimondo answer a series of 11 questions that aim to better understand the Secretary and her husband’s ties to China.

The three Republicans asked Raimodo if she agreed that the People’s Republic of China poses a “humanitarian, national security, and economic security threat to the United States.”

They also requested Raimodo outline the specific policies she has in place to ensure her husband or PathAI do not influence her or her staff.