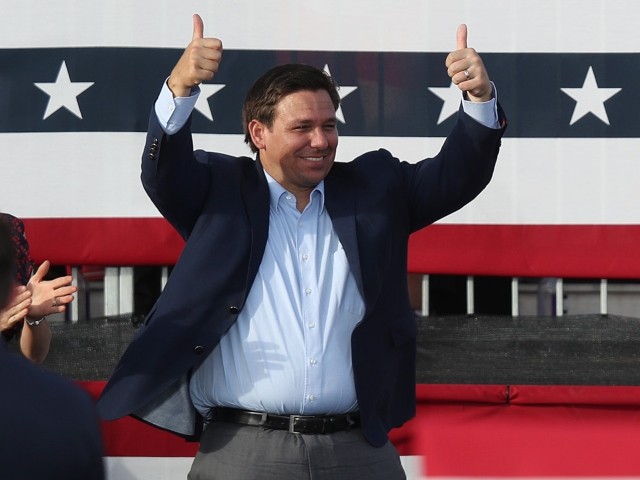 Constitutional carry is a “priority” for the Republican-led Florida legislature, the Sentinel reported.

Rep. Anthony Sabatini (R) has already introduced legislation to do away with the concealed carry permit requirement for Floridians. Open carry without a permit would also be legalized by Sabatini’s bill.

Florida Rep. Anthony Sabatini is shown after speaking during a legislative session, Wednesday, April 28, 2021, at the Capitol in Tallahassee, Fla. (AP Photo/Wilfredo Lee)

Moreover, Gov. Ron DeSantis (R) has already made it clear he will sign constitutional carry legislation, should it reach his desk.

Florida Gun Rights’ Matt Collins posted a video online asking DeSantis, “If constitutional carry made your desk, would you sign it?”

AWR Hawkins is an award-winning Second Amendment columnist for Breitbart News and the writer/curator of Down Range with AWR Hawkins, a weekly newsletter focused on all things Second Amendment, also for Breitbart News. He is the political analyst for Armed American Radio. Follow him on Twitter: @AWRHawkins. Reach him at awrhawki[email protected]. You can sign up to get Down Range at breitbart.com/downrange.