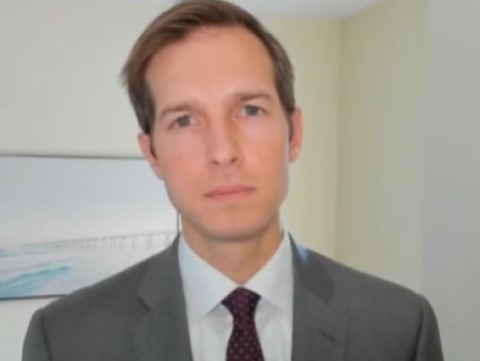 Sunday on FNC’s “Fox News Live,” Rep. Jake Auchincloss (D-MA) argued that President Joe Biden’s so-called “Build Back Better” agenda was “not dead” after reaching a snag in the Senate.

Auchincloss suggested Democrats “will be able to pass components” of the package or try another format for Biden’s massive spending bill.

“This is one package stalling out in the U.S. Senate. We saw this with infrastructure at the beginning of 2021 with the House passing the INVEST Act,” Auchincloss argued. “Didn’t make it to through the Senate, but we still got a terrific infrastructure deal done that’s investing in water and transit and fixing bridges for the next five years. And I expect we’re going to see the same for the Build Back Better agenda. We will be able to pass components of it, we may have to take a different format, but it’s not dead. This version of it is stalled out.”

“I think Democrats are frustrated because we have had to address searing issues by ourselves,” he added. “Republicans have made clear their goal is to obstruct President Biden every turn, whether that is COVID, whether that is infrastructure, whether that is the Build Back Better agenda instead of coming to the table with good faith ideas about how to improve it. I would offer that we should be starting with tax cuts for working families paid for by a carbon tax to address the climate emergency. That is lowering taxes, which should be a Republican issue as well. And that is addressing the climate emergency with a policy that’s conducive to the free market. Why aren’t Republicans engaging on those two ideas?”