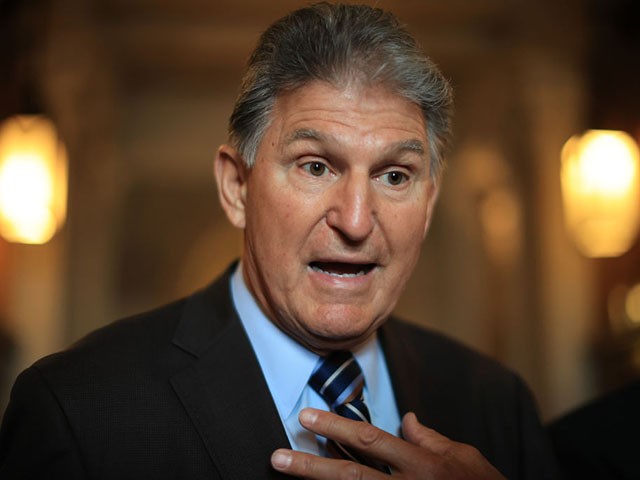 Schweizer and Eggers reflected on their research of political corruption in Washington, DC, while examining Manchin’s recent refusal to join other Democrats in passing the $4.91 trillion spending proposal in the “Build Back Better” legislation pushed by the Biden administration and left-wing news media.

Manchin rebuffed attempts to be purchased or rented by political supporters of the Build Back Better bill, Schweizer stated.

“Eric, you and I, a lot of times, call people out — Republicans or Democrats — for cronyism, for corruption, for self-enrichment,” Schweizer remarked. “Joe Manchin resisted those temptations in voting ‘no,’ because believe me, he was offered a lot of things, and it’s a time-honored tradition in Washington, DC, to, basically, if you can’t buy a politician, to at least rent them.”

Schweizer, who has documented corrupt monetization of political influence in a series of books, including Profiles in Corruption: Abuse of Power by America’s Progressive Elite, said Manchin must have rejected bids to procure his support for Build Back Better, including offers to financially benefit him and his family.

Sen. Joe Manchin (D-WV) walks with his wife Gayle Conelly Manchin in the in the Senate subway at the U.S. Capitol on February 4, 2020, in Washington, DC. (Photo by Alex Edelman/Getty Images)

Eggers noted that the Biden administration previously nominated Gayle Manchin, Joe Manchin’s wife, to a government position relating to the distribution of taxpayer funding ostensibly designated for infrastructure. The position includes a $163,000 salary and authority over funding appropriated in the Build Back Better legislation. He explained:

In previous iterations of the Build Back Better bill, Gayle Manchin, who’s married to Joe Manchin, was nominated to serve as the co-chair of something called the Appalachian Regional Commission. It’s just this regional entity that distributes funds to help improve infrastructure networks. That job, which she was nominated to by the Biden administration, comes with a salary of $163,000 dollars.

In subsequent iterations of this [Build Back Better] legislation, that Appalachian regional commissioner — the ARC — would have received upwards of $300 million dollars, right?

So some people have pointed this out that, “Hey, Joe Biden appoints Joe Manchin’s wife, everybody knows Joe Manchin is going to be a key vote on this, appoints his wife to this commission and is poised to receive a big time payout from this bill.” This is just how Washington works, right?

Schweizer and Eggers are hosts of the Drill Down, a weekly podcast describing itself as committed to exposing “crony capitalism, misuse of taxpayer monies, and other government corruption or malfeasance.”