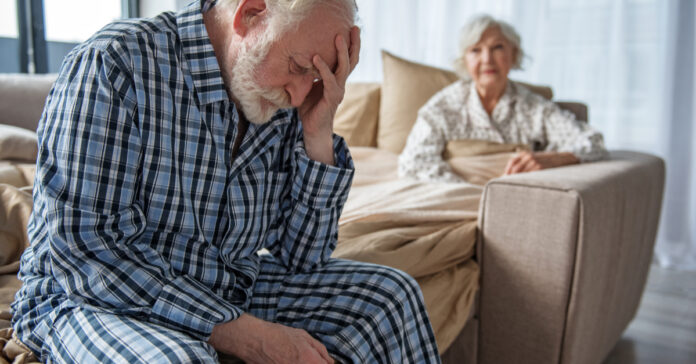 As you well know, the past two years have shown us a massive change in how more than a few Americans view our laws, regulations, and those tasked with ensuring those laws are upheld. Around the nation, cities, usually more liberally held ones, have taken it upon themselves to defund and limit the resources of first responders and police departments, claiming that systemic racism has so infiltrated their ranks that only total abolishment or a complete reordering will fix it.

However, in the months that have followed such movements, citizens are learning that police are, in fact, vital to our communities, our safety, and our way of life. And so, just like organizations have risen up in opposition to law enforcement, many have chosen to defend them.

As a result, yard signs, flags, and billboards are all be erected to show support of the thin blue line, the one that ensures peace and safety, despite being some of the most villainized people in the nation right now.

Such a sign was recently found in the yard of an elderly couple in Blaine, Minnesota. It simply reads, “Thank you Blaine P.D.,” with a thin blue line above and a thin blue line flag in a heart.

And while most of us, upon seeing it, might drive by and smile, there are more than a few out there who would resort to malicious action instead.

The elderly couple living there have recently begun to get their groceries delivered to the door through Instacart, as they have suffered from some health issues and would rather not go out much. But when the driver arrived at the home with their groceries, she apparently became incensed at the sign and took it out on the poor couple.

According to the couple and the police report filed after the incident, the pair went out to meet the driver and receive their groceries, but upon walking out of the house, they were met with indignant screaming from the driver who told them she had left a note on their front door, attached to their Christmas wreath.

Naturally, the couple then went to the door to retrieve the note, which was written on their grocery order receipt. As WCCO reported, the message had nothing to do with their groceries. Instead, it read, “Instacart doesn’t pay employees, (sorry) find another slave. F*** the racist police pigs.”

Having said what she had in the note and already screamed at the innocent couple, you’d think her rant was complete. But that was far from the end of this demented driver’s rampage.

Instead, the couple turned around to find her driving backward and forwards several times in their driveway. After she pulled away, they realized she had run over their now-delivered groceries.

And why? All because they had a pro-police sign in their front yard.