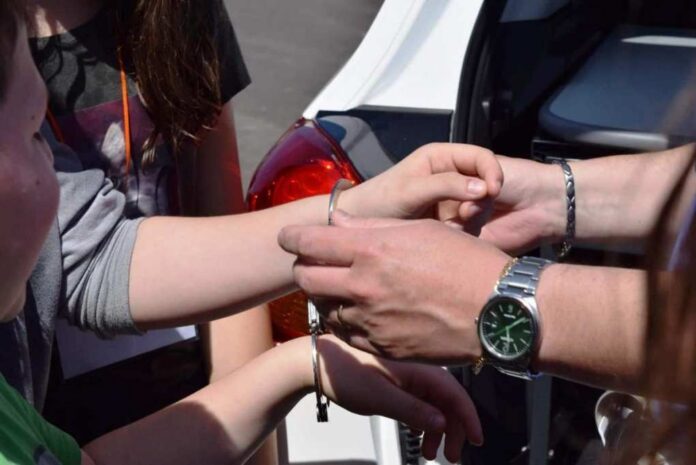 As you well know, voter fraud and allegations of such have been discussed much over the past year, as COVID-19 and its subsequent pandemic allowed for a massive increase in changes to the voting system, most notably with the addition of widespread mail-in voting.

And while some of those allegations have turned out to be just that, there is no doubt that some cases of voter fraud did actually exist.

Take this one case in Texas, for example.

In Carrollton, Texas, which is a suburb of Dallas, it was found that one individual was guilty of not one but 109 voter fraud charges.

According to the Denton Record-Chronicle, 25 of those were for unlawful possession of a ballot or ballot envelope without the request of the voter, each being a second-degree felony in the Lone Star State. The other 84 counts were for fraudulent use of a mail ballot application, which Texas holds to be a third-degree felony.

The Denton Sheriff’s office released a news statement saying that they had been notified on September 23 of last year about possible absentee ballot application fraud.

An investigation concluded that the ballots had been directed by someone to be sent to the post office of a nearby town, which belonged to a nursing home. However, none of the supposed applicants had asked to be sent ballots.

The ballots were then picked up by someone using a fake Texas driver’s license and a fake University of North Texas student ID. Presumably, they were then delivered to Mohamed.

It’s important here to point out that Mohamed ran for Mayor of Carrollton last year, and thanks to the early finding of the fraud, he lost.

Now, I bet you are just waiting for me to tell you which party Mohamed is affiliated with, and many of you naturally assume he’s a Democrat. However, I cannot give you that pleasure, at least not precisely.

You see, in Texas, municipal elections and, therefore, mayoral elections are non-partisan. Candidates don’t run on party talking points. Instead, they just really talk about what they want to do or can do for their constituents.

According to Mohamed’s Facebook account and his past 2018 campaign for city council, he supports new construction such as mini-home, a desire to “revitalize our small business sector,” and “create new avenues for the young demographic that continues to increase.”

Not exactly a lot there to pin him to one party or another, is there?

But in the grand scheme of things, what party he belongs to isn’t really important, is it? I mean, sure, we would love to hear that another Democrat or liberal got caught cheating and is now having to pay for it.

Then again, we’d love to hear of anybody committing voter fraud getting caught and deserved justice for it.

And that’s just the point, isn’t it? And one that the Democrats don’t seem to understand very well.

You see, as conservatives or Republicans, whatever you choose to call yourself, we don’t like voter fraud just because it’s usually the other party participating in it and, therefore, leaves us with a smaller chance of winning.

We don’t like it because it’s wrong. It’s not fair – not to anyone. If I hear of a GOP member committing voter fraud, I’m going to be just as upset about it, possibly even more so because it will seem like a betrayal.

No matter what party they are from or who is voting for them, our leaders should be put in office fairly – with legitimate, legal votes cast at the ballot box. And that means that voter fraud done by either party or any individual should be punished and to the letter of the law.

As Denton County Sheriff Tracy Murphee says, “The fact an actual candidate for public office would engage in these activities is appalling.” Again, no matter what office or party he’s running for.