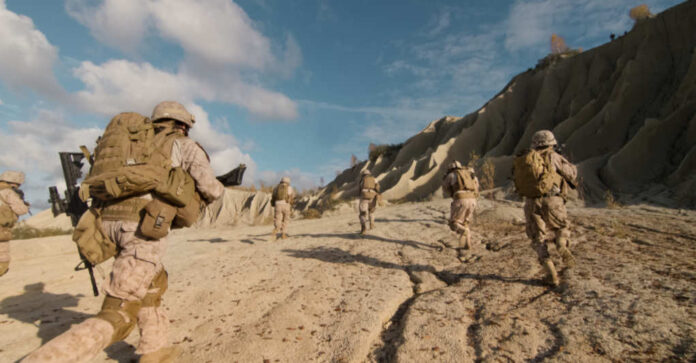 Afghanistan is like that annoying neighbor who moved out; you think you’re done talking about them but they just keep coming up. White House Press Secretary Jen Psaki can’t seem to go a day much less a week without talking about it. Granted considering how many lies come out of her mouth on the subject, it’s not a huge surprise she needs to keep discussing it.

From the sense of urgency to get people out of Afghanistan, to the danger our servicemembers faced while still there, to the number of Americans or Special Immigrant Visa (SIV) Afghanis remained unable to escape the country, Psaki has been lying about all of it to some degree. She refuses to acknowledge the questions asked of her and instead deflects like a horrible ping pong player. Her inability to be honest with the press leaves a lot to be desired, but her recent increase in snarkiness is beyond explanation.

When asked about why there are still American’s left in Afghanistan, Psaki replied “The United States does not track or put a tracker on American citizens traveling overseas…that would be quite a Fox News story, wouldn’t it be if we did that?” Really Psaki? That’s really what you want to go with for such a question? Her lack of respect for these people, or for the press asking her questions is sickening.

President Biden refuses to admonish her responses or let her go. Yet she continues to poison the press corps with each and every passing day. If someone gives her anything less than the full brown nose effect, she wants nothing to do with them and goes after them at every opportunity. When caught lying, she’s like a teenager; just gets all defensive and changes the subject.

When questioned about getting them home, Psaki said “Let me just reiterate something that Tony Blinken said back in August which is that if Americans who are in Afghanistan wanted to leave whether it was three weeks from now, a month from now, two months from now, back in August, we would help them get out and that is something we have delivered on our word on. Since that time we’ve directly assisted 479 American citizens, 450 lawful permanent residents and SIV holders and SIV applicants to depart Afghanistan”

Given the previous numbers of 150 to 200 American’s left that is a huge jump. Has this become a free-for-all, or do they not know how to count? Were there people stuck in the loops of this already overworked and underfunded system? The explanations on this topic just have not made any sense at all. They seem to all have been pulled out of thin air and just made-up nonsense, to be honest.

Let’s also not overlook her insane mindset of ‘if Americans…wanted to leave’ like they are choosing to stay there and be put at risk by the Taliban, ISIS-K, and other extremist groups. People aren’t signing up for this program then changing their minds freely. Others may be changing their minds for them by force, or they may have simply been identified and captured and thus likely dead.

Psaki may only be a lackey, but she is a lackey who is complicit in the death of Americans on Afghan soil. Her messages and faith for our people were nothing short of lacking this entire time, and it continues to get even lower. As she continues to disrespect their lives and the memory of those who gave their lives there, the American people need to ask how much more distrust they are willing to take from the White House. It has been getting deeper and deeper as the days wear on, and the American people should not have to take it.