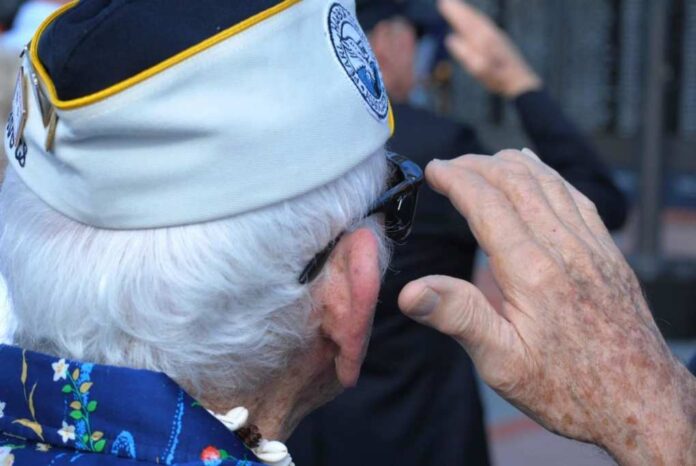 Veterans who receive their medical care through the V.A. often consider the facilities as comfort zones. They’re treated with respect and It’s not unusual to overhear war stories being swapped in waiting rooms as they riddle one another over having served in different branches. Oddly enough, many veterans look forward to their occasional visit to see the Doc.

But their trust and confidence were violated at the V.A. Hospital in Clarksburg, West Virginia when seven patients were murdered for no apparent reason by Reta Mays, an on-duty nurse assistant. Mays has yet to reveal her motives and even she appears to not be certain why she did it.

But motives didn’t matter to the judge who, with the slam of a gavel, just sentenced the cold-blooded killer to seven consecutive life sentences. She’ll now have plenty of time to determine her reasoning. Tearfully addressing the court with an “oops, I’m sorry” was a fairly lousy defense.

“There are no words I can say that would offer the families any comfort,” she blubbered. “I can only say I’m sorry for the pain I caused the families and my family. I don’t ask for forgiveness because I don’t think I could forgive anyone who did what I did.”

One of Mays’s victims was U.S. Army veteran Felix McDermott, or “Snappy Pappy” as his grandkids called him. Melanie Proctor, the deceased veteran’s daughter-in-law, said Mays took away “the rights of his great children to ever meet him. There have been three born since his death. She has taken away any faith that we had in the VA system that my dad held in really high esteem.”

Mays pleaded guilty to all seven murders and to one attempted murder since her eighth intended victim survived. Between 2017 and 2018 she randomly selected patients to inject with lethal doses of insulin. Proctor, who was given a chance to address Mays in the courtroom, said in a tired voice, “You preyed on them when they were at their weakest. For that, you are a coward.”

Robert Edge, another of the seven deceased, served in the Korean War with the U.S. Navy. His son, Robert Edge, Jr., who was not at the trial, said this via videotape. “He was a good man and an honest man, a good husband and a great dad. He was a good provider for our family. You have deprived nine grandkids and eight great-grandkids of ever knowing that love. I do not forgive you for what you have done. I would punish you with my own hands if it would ever do any good.”

The VA wasn’t let off the hook either. Defense attorney Jay McCamic asked why Mays was allowed to render care when she herself was receiving care for mental health issues. “Why,” he said, “is not a question that can be answered.” Her medical history is full of “well-documented mental health issues.”

Prior to handing down the sentencing, U.S. District Judge Thomas Kleeh repeated all of the victim’s names. He then looked squarely at Mays as he said, “You murdered George Nelson Shaw, a retired senior master sergeant who served for 28 years in the U.S. Air Force. Many, if not all, of these gentlemen, would be considered part of the Greatest Generation.”

Kleeh made himself clear by saying how Mays should have never been left on her own to make decisions “she was not entitled to make.” By killing the veterans with fatal doses of insulin, she weaponized the medication as an instrument of death.”

“You took the lives of these gentlemen into your own hands for reasons that will forever remain unclear,” Kleeh continued. He then referred to Mays as “the worst kind” of monster. “You’ve made liars out of anyone who has told their kids monsters don’t exist.”

Justice has been served. Or has it? Robert Edge, Jr., still wants to snuff the life out of Mays with his own hands. Neither he nor his family, or any of the other families, will ever fully recover from their loved one’s senseless deaths. For them, justice will never be properly served.