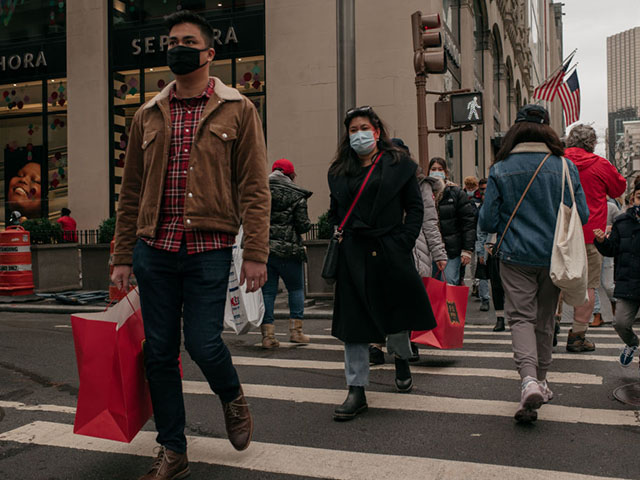 The Economic Confidence Index (ECI) is down to -33, which while far from the record low of -72 in October 2008, reflects a negative growing sentiment toward rampant inflation. Notably, the ECI is just as low as it was in April 2020 — the early days of the coronavirus pandemic.

“With inflation in the U.S. at its highest point since 1982, Americans’ confidence in the economy has dropped to where it was in April 2020, when nationwide shutdowns brought on by the COVID-19 pandemic plunged the nation into a recession,” the poll report states.

The percentage of U.S. adults who think the economy is the country’s most important problem increase three percentage points to 29 percent, which is the highest level in roughly five years. The percentage is still “well below” 86 percent in February 2009 and 73 percent in 1991 during economic recessions.

Overall satisfaction with the direction of the United States has hit its lowest point since January at just 21 percent, though the metric is above a low of 11 percent when protesters entered the U.S. Capitol on January 6, the report states.

Forty percent of U.S. adults rate current economic conditions as fair, 42 percent as poor, and 67 percent say the economy is getting worse. Gallup found that the decline in confidence is largely the result of a six-point increase since November in the percentage of Americans rating the economy as poor.

“As 2021 comes to a close, morale is low in the U.S. COVID-19 continues to rage on, perceptions of the U.S. economy have worsened, Biden’s job approval rating is slumping, and Americans’ overall satisfaction with the direction of the country is low,” the report concludes. “Six months ago, the public was much more optimistic, but the delta and omicron variants of COVID-19, supply chain problems and rising inflation have dampened spirits.”

The survey was conducted December 1-16, 2021, with 811 adults living in the U.S. The margin of sampling error is ?4 percentage points at the 95 percent confidence level.