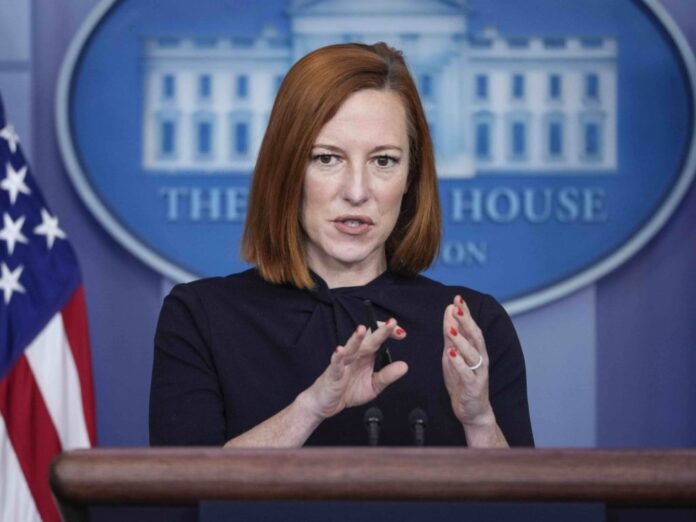 VERDICT: HALF TRUE. While there have been improvements, the cargo crunch is almost bad as it has ever been.

Good news. We’ve saved Christmas. And that is because President Biden recognized this challenge early, acted as an honest broker to bring key stakeholders together, and focused on addressing practical problems across the global supply chain.

Here are just a few key points of progress:

The number of containers sitting on the docks at the Ports of LA and Long Beach for over eight days have fallen by nearly 50 percent.

The average amount of time containers sit on docks has fallen by a week.

The price of shipping a container between Asia and the West Coast has fallen by more than 25 percent since its peak in September.

So, people can go purchase — purchase present even — even at this point if they haven’t done their shopping.

These statistics, while encouraging, leave out a major part of the story: the backlog of shipping at the ports has persisted.

The administration’s proposed fee of $100 per day per container has succeeded in clearing space on the docks — so much so that the fee has never been imposed, and has instead been postponed repeatedly. However, cargo ships are still backed up in large numbers, waiting to offload at the Los Angeles and Long Beach ports.

The two ports said they had seen a combined 46% drop in aging cargo on the docks since the planned fee was announced on 25 October. As result the ports would be holding off $100 per container, per day dwell fee until 27 December.

While the dwell times for containers have reduce the queues of ships to dock at LA/LB terminals remain as long as ever.

As of Friday 19 December some 95 containerships were queued to enter the two ports according to the Marine Exchange of Southern California. This number includes 23 containerships anchored or loitering within 40 miles of LA and LB, plus 72 container ships loitering outside the Safety and Air Quality Area (SAQA).

The Wall Street Journal reported last week that the backlog had reached a record of 101 container ships waiting to dock.

The Journal noted that the administration’s fee policy seemed to have helped create space on the docks. However, there was also a fall in imports, partly due to the fact that private shipping companies were switching on their own to smaller vessels:

Gene Seroka, the executive director of the Port of Los Angeles, on Wednesday attributed the decline to an influx of smaller ships that have been dispatched by retailers, manufacturers and logistics companies as they scramble to get around bottlenecks and satisfy consumer demand.

Mr. Seroka said smaller ships, which are less efficient for the ports to handle than larger vessels, made up about half the ships that called at the Los Angeles port in November. By comparison, smaller ships made up about one-third of vessel calls in October, he said.

Christmas is an annual religious holiday that is “saved” regardless of political administrations or supply-chain management.