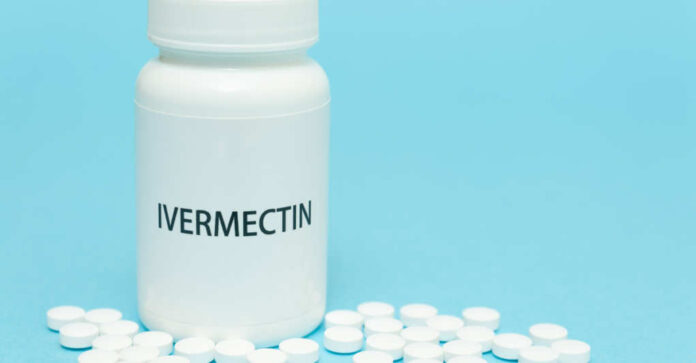 A Virginia hospital refusing to administer Ivermectin to a Covid Patient resulted in being held in contempt of court on Monday.

The 63-year-old woman of Northern Virginia, Kathleen Davies, has been on a ventilator since early November. Her son, a radiologist technician there at Fauquier Hospital, fought tooth and nail to get his mother some much-needed help. However, On December 6th the Davies family had to take legal action to force the hand of hospital physicians to administer ivermectin.

Less than 24 hours later Jim Fisher, a Loudoun County circuit court judge, complied with the family’s wishes and ordered the hospital to administer the drug. Then, it seemed the hospital continued to ignore the order.

Fauquier Times reports Christopher Davies said they believe it’s the hospitals’ rights versus citizens’ rights and doctors believe their rights supersede the patient’s rights (because we all know about bad of a rap the horse wormer has received over the Covid Claims). It’s becoming popular among Doctors to claim they see no evidence pointing them to administer Ivermectin, but this hospital took a different approach.

If you’ve ever purchased Ivermectin in the past, you probably know that it, along with Hydroxychloroquine, is something doctors refused to prescribe. You might also know that its pennies on the dollar in price, compared to drugs such as Remdesivir, which subsequently shuts patients’ kidneys and liver down, causing them to die from secondary Pneumonia according to studies shown from the NIH (National Institutes of Health).

Some of us who had more faith in Doctors than we should, that’s the short and long of it. There’s a reason they are all practicing, and yes many are great, and so many people would die without them. However, at this point, we wish we could say these were just a ton of coincidences however it is becoming harder and harder to have a straight face, even when reading these responses from the men that are playing God in some cases. But I digress . . .

Doctors from the hospital made comments that they don’t believe in Ivermectin and it seems they skirted the issue way longer than most should be able to, claiming Kathleen’s doctor, Dr. Martha Maturi, did not have privileges, therefore she could continue to ignore the court orders.

The order stated “No good reason or good cause was given, other than convenience, for the need of a formal ‘attending physician’ when there are at least three physicians involved in the patient’s care. The relief herein can be accomplished without requiring anyone serving in the role of ‘attending physician”

The hospital said in its motion, in part that, “Fauquier Medical Center requests that Dr. Maturi be made available to testify under oath regarding her qualifications, the discussions, steps taken, and the ultimate decision that she is unable to care for Mrs. Davies. Both parties have been working together to comply with the court’s order; however, as it stands, neither the hospital nor the plaintiff has been able to find a physician capable of assuming care for Mrs. Davies while she remains in critical condition in the ICU.”

As of Monday, the judge ruled the hospital would be in contempt of court if they have not given the Ivermectin and informed them of daily fines that will be tacked on of $10,000 per day beginning from December 9th and so on.

Fisher held Fauquier Medical Center in contempt for “needlessly interposing requirements that stand in the way of the patient’s desired physician administering investigational drugs as part of the Health Care Decisions Act and the federal and state Right to Try Acts.”

Despite the judge giving the hospital Until 9 PM on Monday to administer the Ivermectin Kathleen Davies was not given the dose until 8:45 p.m. that night.

Why are they avidly against Ivermectin? Could it be they’re against curing this plague they’ve thrust upon us, maybe?

Either way, It’s starting to give off the impression that some of the doctors at this hospital aren’t very interested in helping patients as they once used to. Kinda makes you wonder about the system that set up paying a hospital more money for a person dying of COVID than a person who gets cured of it.