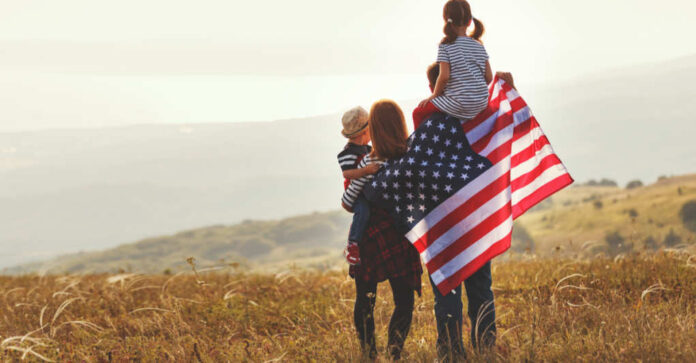 The state of Florida is celebrating once again with a new bill that was passed that will require all-pro sporting events to begin with the National Anthem. The insanity of the Democrats trying to expel the anthem from public events has led to an anti-American sentiment within their party. The National Anthem is the trademark song that identifies American as a free and independent nation. And for any party to ignore it is to deny being an American.

The move to keep America great is alive and well in Florida. But Ron DeSantis and the state legislature took up the task of requiring all sporting events to begin with the nation’s song. All professional sports teams will have to play the song before every game or risk losing government funding.

The bill follows a bill created in Texas after the Dallas Mavericks stopped playing the anthem before their games. Professional sports seem to want to become political as more and more spoiled players take an anti-American stance on issues around the country.

America is the only place in the world where people facing persecution and tyranny can come to live free truly. But for the liberals that have never tasted the horrors, others are trying to escape; they want to tear down freedom and make America look like the very places that they are trying to escape.

Thomas Gregory is a Republican serving in Florida. He is the patriot that filed the bill to keep professional sports accountable for honoring the country. The United States is a place where people can live free and do what they want, but they still need to support the country or lose their freedom to play professional sports altogether.

Gregory went on to mention that “I haven’t seen any Mark Cuban-type, what I would view as anti-American, protests against our anthem or our flag but I certainly want to make sure that sort of negative activism is avoided, prohibited actually, if they want to do business with the government, and most of them do.”

The official name of the bill is HB 499. It reads, “a governmental entity may not agree with a professional sports team that requires a financial commitment by the state or a governmental entity unless the agreement includes … written verification that the professional sports team will play the United States national anthem at the beginning of each team sporting event held at the team’s home venue or other facility controlled by the team for the event.” It is clear enough that there will not be any questions about what is expected.

The bill in Texas was rightly named the Star-Spangled Banner Protection Act. That bill is already making its way to Greg Abbott’s desk for signing. And no one in their right mind will try and challenge a bill designed around the patriotism of America. Those that would try and strangle the bill would only show that they hate America and do not deserve to live within its borders.

The liberals that are attacking the anthem are doing so behind the scenes. In the case of the Mavericks, they pulled the anthem out of the lineup and went right into the game. Only a handful of people noticed the change and blew the whistle on them.

Once the cat was let out of the bag, the NBA’s Chief Communications Officers Mike Bass had to tell all the teams to start playing the anthem again. The league’s policy was that the anthem be played, but when the Mavericks went rogue and tried to shut it down, people noticed and demanded that something is done. So now, the issue has been written in stone in state law.

Ron DeSantis, with his patriotism, is keeping Floridians free from the onslaught of liberal attacks. And now that a bill is under development, it will not be long before the National Anthem is heard statewide in the Sunshine State.