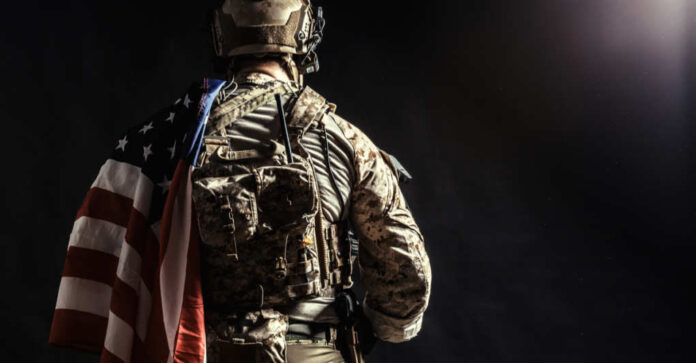 e House of Representatives passed the 2022 National Defense Authorization Act (NDAA), on Tuesday night; a massive appropriations bill that funds the Department of Defense as a whole. Without this being passed every year, the DoD loses its funding, this includes our military as well.

This current version provides $768 billion in new spending and was passed with a 363-70 vote. However, it also saw two large amendments removed; the requirement for women to register for the draft, and the inclusion of raising the debt ceiling as many Democrats pushed for it to be included. However, it did retain some important pieces that will greatly affect those currently serving, and many veterans as well.

Pay raises are something most everyone with a career depends on. At the very least to keep pace with inflation. For the military, the NDAA provides a 2.7% raise to their basic salary. For lower enlisted, that means an average of $790 more per year. For senior enlisted and junior enlisted and junior officers that means $1400, and senior officers $2600. As you can see, the military is not a very well-paid career, so these raises are vital.

Afghanistan was a debacle from the get-go. The 20-year war was a failure on many levels, and now that it is over it needs to have a full review. As such a 12-person commission from the House and Senate Armed Services committees, will “make recommendations to inform future operations with tactical and strategic lessons learned, including the impact of troop increases and decreases and date-certain deadlines.” Given what previous investigations have found in terms of sexual assaults, maleficence, and other disparaging events this investigation promises to unearth some dastardly secrets.

Speaking of sexual assaults, that’s another issue this year’s NDAA is finally tackling. The NDAA will completely revamp the entire process, for the military adjudication of sexual assault. While it includes numerous changes, there are a few Senators who have expressed concerns it does not go far enough to not only prosecute the offenders but that it doesn’t do enough to prevent the assaults from occurring in the first place. As Sen. Joni Ernst (R-IA) said “We should have been on this bill much, much earlier, so that we could have a robust debate about the extremely important issues, especially the one of sexual assault and military justice reform.”

In a move of further wokeness, the NDAA is also calling for each branch to develop its own pieces of training for human relations, equality, and inclusion for all covered personnel. This means more and more critical race theory being instructed to the lower enlisted. The fact of the matter is simple if you go to the smoke pit in any branch and you aren’t a senior enlisted member or an officer you will learn the truth of how most of our military sees race issues; there isn’t one. These brave men and women love one another and while they will say some of the vilest things to one another, it is that same sick sense of humor that allows them to bond.

Contradictory to this comes the final big piece from the NDAA; the requirement for race reports. Each service will be required to report on the racial, ethnic, and gender demographics of the people in its command.