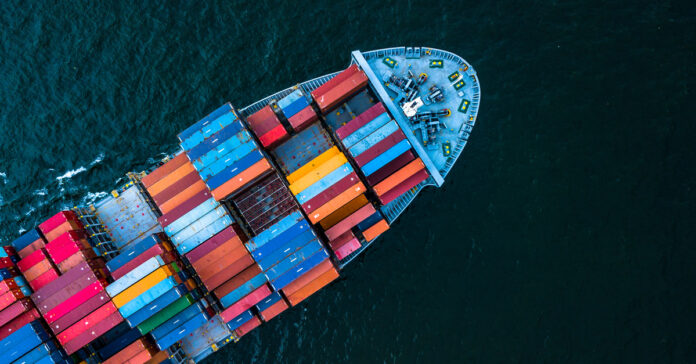 Once again, the Republicans are handing answers to his crisis problems that he seems unable to solve. The supply chain issue has already affected every American. And Joe Biden’s latest attempt to offload container ships sank in the harbor along with any hopes of solving the problem himself. So far, the old man has been reluctant to accept any other ideas. All he seems to do is sit in his rocking chair and stare at the clock as his term draws to a close.

Bipartisan Florida delegates drafted a letter and sent it to Joe Biden. Their idea of helping the president with his problem is to have Biden direct the container ships to the east coast and let Florida parts offload the cargo and get it shipped around the country. The biggest thing that Biden will have to overcome before he agrees with the idea is his pride. And that is something that a Democrat has a hard time doing.

Vern Buchanan is the Republican heading up to get the container ships to the east coast. He knows that Gavin Newsom will never remove the strangulation of regulation on California roadways which would allow trucks to get to the ports. So, he leads the fight to get those ships to come to Florida.

Buchanan stated that “As the holidays approach, American businesses and families are feeling the effects firsthand of the continued supply chain bottlenecks. Given Florida’s unique geographic location, our 15 deepwater seaports can handle increased freight traffic and meet holiday demands for consumers around the country, and they are ready to get to work.”

Classically the Biden Administration wants to make it seem like the supply chain issue is not as bad as everyone thinks it has become. He did the same thing with the southern border by denying that a problem existed. And he also alluded to it when he pulled out of Afghanistan. The president deliberately blinds himself to the issues, so he does not have to answer any issues.

The Daily Wire had reported that Joe Biden tried to claim that “If you’ve watched the news recently, you might think the shelves in all our stores are empty across the country, that parents won’t be able to get presents for their children on holidays — this holiday season. But here’s the deal: For the vast majority of the country, that’s not what’s happening, Because of the actions the administration has taken in partnership with business and labor, retailers and grocery stores, freight movers and railroads, those shelves are going to be stocked.”

The shelves he must be talking about are in another country because the shelves in America are empty, and no one knows when other things will ever be there again. And for this issue to hit right before Christmas is a liberal’s paradise because they hate the holidays because it brings joy to people as they get together. They cannot fathom people being in the same room with masks on.

Biden promises that the shelves will be stocked up by year-end. But so far, his promise is nothing more than another lie. The shelves are not stocked when it fact it is getting worse.

The group from Florida pushing Biden to act has identified nearly 90 ships sitting in the harbor waiting for their turn to be offloaded. Every new ship that shows up at port has to wait nearly two weeks before they can be offloaded and sent on their way.

The idea of sending the ships to Florida is nothing new. It is a reminder of what Ron DeSantis started months earlier when he gave incentives for ships to make the trip to the east coast. Florida can offload the ships reasonably quickly and have the containers on their way to their final destinations before the end of the year. But Biden has to swallow his pride before that can happen. The president is making ignorant decisions because he refuses to admit that he does not have the answers for everything.