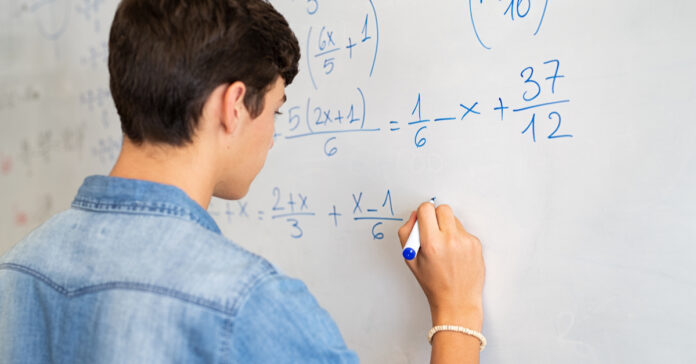 There was no shortage of controversy after USA Today published an article asking the question, “Is Math Racist?”

The first article was behind a paywall for the news agency and the title of the article was simply, “Is Math Racist?” The story went on to describe how many students of color had a problem with math and this is causing schools to change the way they teach. Changes by school systems are leading toward intense debate from the public.

USA Today later changed the title of the article to “Is Math Education Racist? Debate Rages Over Changes to How the US Teaches the Subject.”

The article says that its purpose is to show how black students struggle with the subject and to highlight more bold recommendations to make math more inclusive.

USA Today tweeted this post on the subject: “The pandemic has exacerbated inequities in math, with students in predominantly black schools losing about two more months of math learning in 2020-21 compared with students attending white-majority schools.”

They also noted that there are traditionalists who are steering clear of the new approach because they insist that it dumbs down math education. This voice believes that pure math should be devoid of politics. They also are focused on the need for students who are gifted in math to be able to advance faster than their peers.

Peter Boghossian, a Portland State University professor, said that math is not racist. And he said that the very fact that agencies like USA Today are asking the question is s sign of a sick culture. He believes that racial disparities can be addressed by using more evidence-based pedagogical practices to aid the students in their learning process. He asked that the media please stop suggesting that math is racist.

He wasn’t alone in his criticism. One protestor said that the article seemed more like political advocacy than news reporting. They wrote that schools would get higher math scores if they focused on teaching fractions and stopped teaching a revisionist history.

Another critic wrote that China is building hypersonic missiles while we are debating racism in math. Another lamented that soon we will just say that school itself is racist and give everyone an “A.”

Daniel LaCalle, a free-market economist, and a professor, just asked the question, “Is this a joke?”

The truth is that USA Today is not alone. The Washington Post published an article titled, “Racism in our curriculums isn’t limited to history. It’s in math, too.”

Theodore Kim, an associate professor of computer science at Yale University, wrote that math is perceived incorrectly. He said people see it as a neutral space outside the reach of structural racism and national histories. He uses as an example that a theorem known as the “Chinese Remainder Theorem” probably arose from anti-Asian sentiments.

The Daily Wire reported earlier this year that it is not uncommon for those in charge of educators to portray math as biased against minorities. There was an email sent by the Oregon Department of Education to teachers encouraging them to enroll in a course entitled “A Pathway to Equitable Math Instruction.” This course had an 82-page instructional guide that gave details about how white supremacy is perpetuated in math class.

The guide said, “White supremacy culture infiltrates math classrooms in everyday teacher actions. Coupled with the beliefs that underlie these actions, they perpetuate educational harm on Black, Latinx, and multilingual students, denying them full access to the world of mathematics.”

Evidence of white supremacy was focused on how math instruction has a focus on getting the “right” answer. It also used the idea that students had to show their work as further evidence.

Is anybody else having trouble making a correlation between showing the work on a math problem and teaching white supremacy? Could this be why USA Today has lost 62% of its print circulation since the beginning of 2020, according to the Alliance for Audited Media?