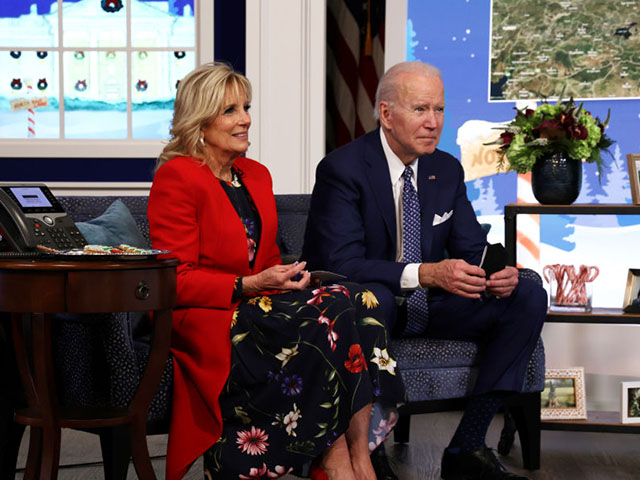 “Merry Christmas, and let’s go, Brandon!” an individual who identified as “Jared” said to Jill and Joe Biden over the phone. The popular phrase is coded language that means “fuck Joe Biden.”

After the incident, NBC News reported that a right-wing slur had been used against the president. “Biden was subjected to a right-wing anti-Biden slur during a Christmas Eve call,” the outlet wrote.

“The president did not appear to recognize that the phrase is used by the right wing as a euphemism for ‘f– Joe Biden,'” NBC News acknowledged:

“Let’s go Brandon” has been repeated by a number of prominent figures on the right and Republican members of Congress have even shouted it from the House floor. When the president travels, he is often met by protesters holding “Let’s Go Brandon” signs.

A traditional White House holiday call with military families ended awkwardly Friday when one father told President Joe Biden, “Let’s Go Brandon,” a slur used by some conservatives, and hung up after Biden asked his kids about their Christmas wishes.