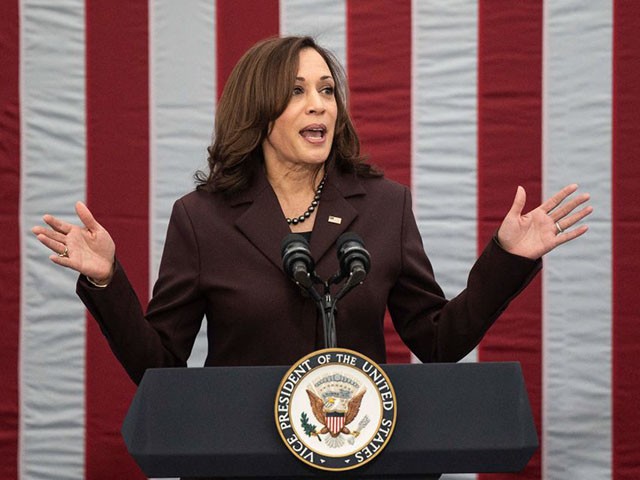 Face the Nation previewed the interview via Twitter on Friday.

“What do you think, as you come to the end of this first year, what do you think your biggest failure has been at this point?” moderator Margaret Brennan asked the vice president.

“To not get out of D.C. more,” Harris laughed. “I mean, and I actually mean that sincerely for a number of reasons. You know we– the president and I came in, you know Covid had already started, the pandemic had started, and when we came in we really couldn’t travel, you know. A large part of the relationship that he and I have built has been being in this, you know, together in the same office for hours on end doing Zooms or whatever because we couldn’t get out of D.C., and on issues that are about fighting for anything from voting rights to child care to one of the issues that I care deeply about — maternal health — being with the people who are directly impacted by this work, listening to them so that they, not some pundit, tells us what their priorities are. I think it’s critically important. People are– people have a right to know and believe that their government actually sees and hears them, and my biggest concern is I don’t ever want to be in a bubble when it comes to being aware of and in touch with what people need at any given moment in time.”

Her comments come after Breitbart News recently covered a New York Times report that stated Harris turned to failed presidential nominee Hillary Clinton for advice in the wake of her dwindling approval ratings.

“Faced with declining approval ratings, a series of staff departures and a drumbeat of criticism from Republicans and the conservative news media, she has turned to powerful confidantes, including Hillary Clinton, to help plot a path forward,” the Times reported.

The outlet reported that “Harris has privately told her allies that the news coverage of her would be different if she were any of her 48 predecessors, whom she has described as all white and male.”

RealClearPolitics’ average favorability rating for Harris from October 16 to December 21 registers at 39.7 percent.