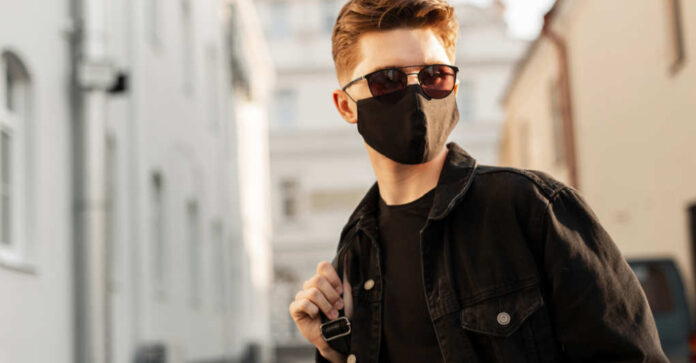 If you are not a big fan of puns, turn back now. We like big puns and we can not lie. See below…

“Mask up” has been a phrase we have used far longer than anticipated. Not just in America, but around the world. It seems as though a Florida man is looking to change that. United Airlines passenger, Adam Jenne, was kicked off a United Airlines flight despite complying with the mask mandate.

The crew members were less than impressed with Jenne’s sense of humor, to say the least, forcing him off the plane. Adam Jenne told a local news outlet, the mandate was simply not specific enough since the airline booted him from his seat when he attempted to use underwear as a mask, something the officials didn’t care for.

The man stated that the terms of the rule said to cover both mouth and nose and he believed to comply. Generally, it’s the other way around, but it seems as though the thong itself has thrust Adam into a hairy situation as they removed him from the plane, missing his flight to Washington D.C. on December 15th.

Jenne compared himself to civil rights figure Rosa Parks, where he then expressed this was not his first rodeo wearing a thong, as a mask, on several different flights and was under the impression crewmembers appreciated his creative take on the mandate.

“Every single flight has been met with different reactions from the flight crew, some with a wild appreciation, others confrontational,” Jenne told NBC2.

In a statement United airlines said that “the customer clearly wasn’t in compliance with the federal mask mandate and we appreciate that our team addressed the issue on the ground before takeoff, avoiding any potential disruptions on the air.” and that they stand behind the staff’s decision to remove any passengers for noncompliance.

The Hill’s request for comment was not quickly met by United, however, a local news outlet spoke with Jenne as he reported he has been temporarily banned from all flights with United until this issue has been investigated and resolved by the Passenger Incident Review Committee.

It seems a though Jenne inspired dozens of other passengers as they left the plane during the anti-mask protest. One man stated, I asked the cabin crew, “Did he just get kicked off for wearing a mask? I’m out of here, forget it. I’m out of here. It’s nonsense, it’s all nonsense, Covid doesn’t know that we’re cruising at altitude. It’s stupid, the whole thing is theatre,” he added. President Biden has renewed mandates through executive orders until March, for planes, trains, and automobiles as well as airlines and other forms of interstate transportation.

As of September, the Federal Aviation Authority (FAA) admitted they have received more than 4,300 reports of unruly passengers related to masks. Was Jenne guilty? By the standard of common sense, no. However, he leaves a string of evidence behind allowing anyone with a modicum of sense to get to the bottom fo the issue.

Various entities have stated from day one, “wear a mask” without specificity as to what kind. When no one could find masks, people emerged out of the woodwork with all kinds of random fabric from tule to cheesecloth. All of these items were accepted and appreciated.

Remember back when they had us believing the masks were going to save us? We were willing to do whatever to stop the spread. It is becoming very clear and very apparent that we have to play ball by their rules. IT seems like they’re changing them and making new ones every 5 minutes.

Face coverings have proven time and time again that they don’t work to prevent the spread of Covid 19. If they did we would never have had such an outbreak.

If the law states the speed limit is 55mph the police don’t pull you over for going 52, 50, or 54. Why should it be any different when it comes to random mandates they try to convince Americans are laws?

The main thing we should take away from this lesson is, according to United Airlines, turning the other cheek isn’t the answer, and thongs don’t belong on your face either…