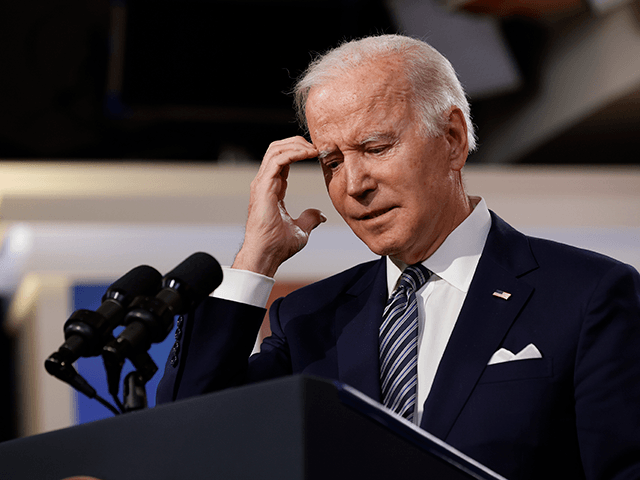 Biden will soon conclude his first year in office, with few legislative victories to call his own. The end of 2021 also follows as Sen. Joe Manchin (D-WV) announced he will oppose the $4.91 trillion Build Back Better Act, effectively killing Biden’s signature legislation.

Biden’s legislative agenda passed the fourth-fewest laws, or 36 bills, in the first eight months of his first congressional term, and the fifth-fewest in terms of what Pew Research calls “substantive” laws, among the 18 most recent congressional terms, going back to 1987. By mid-August, Congress had passed 36 laws, only 30 of which counted as significant pieces of legislation.

The first eight months of a president’s administration are typically the busiest in terms of legislative activity, as the president usually gains majorities in Congress.

Now, Biden’s Democrat majority has only passed 79 bills that the president signed into law. With the pivotal 2022 congressional midterm elections rapidly approaching, many lawmakers will have to campaign in their home districts and states rather than focusing on passing more legislation, potentially stymieing any more progress they could make ahead of the 2022 elections. Further, the potential loss of Biden’s House or Senate majority in the 2022 midterm elections could prevent him from passing more Democrat bills.

Despite Biden’s lack of success on the Build Back Better Act, he has passed some bills of significance.

The 46th president also signed the Infrastructure Investment and Jobs Act into law, or the $1.2 trillion so-called bipartisan infrastructure bill. The bill became law after 13 House Republicans and 19 Senate Republicans gave Biden enough votes for the bill to pass through both chambers of Congress.

Despite its moniker as a “bipartisan infrastructure bill,” the legislation contains no conservative victories, has many leftist carveouts, and only funds $110 billion towards roads, bridges, and other projects that most Americans would consider infrastructure.

Recent polling has shown that most Americans do not approve of the president’s job performance.

A Civiqs poll released Sunday found that 55 percent of Americans disapprove of Biden’s job performance, and his job approval rests at just 36 percent.