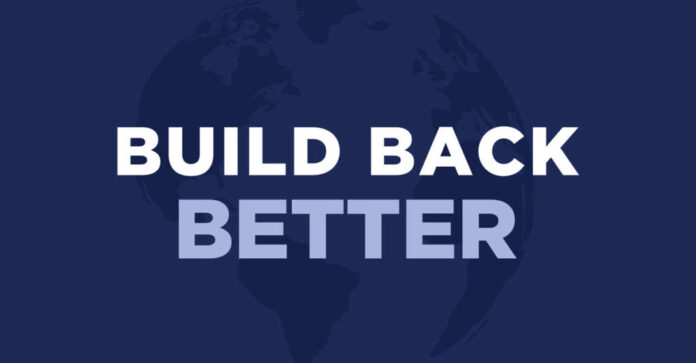 Pramilla Jayapal, the Democratic congresswoman from the state of Washington, shared freely her reactions to Senator Joe Manchin’s (D-WV) decision to vote against President Biden’s Build Back Better Act. The Progressive Caucus Chair of the House of Representatives was clear on what she believes the president should do as the next step.

Jayapal started her critique of this divisive issue by stating how she believes we got to where we are now. She was speaking on a media call with The Washington Examiner. The congresswoman said that she believes the problems started eight months ago when the White House decided to split the president’s Build Back Better plan into two bills. This left the major part of even the beginning of negotiations until the early fall.

She then began blasting Senator Manchin by saying that either the president did not get a full commitment or the senator made a commitment that he has since gone back on. Jayapal said that she believes Biden had a commitment from Manchin.

The congresswoman from Washington then went on to talk about climate and fossil fuels. She also spoke about student loans and said that we needed to run all these issues through the legislative process.

According to The Hill, Jayapal said, “[N]o one should think that we are going to be satisfied with an even smaller package that leaves people behind or refuses to tackle critical issues like climate change. That’s why it is now incumbent on President Biden to keep his promise to us and the American people by using the ultimate tool in his toolbox of executive action in every arena immediately.”

She promised to start a discussion with other Progressive Caucus leaders and then move on to discussions with the White House. And the congresswoman does not believe that we should wait for the legislative path needed for the president to take action. Jayapal said that there are too many people who are hurting in America and there is too much at stake. She believes we have trusted Senator Manchin for too long that he would respond in good faith.

“I am not willing to hang my hopes and the futures of millions of Americans across the country on whether or not he will do what he said he would do yesterday, which is often different from today or tomorrow,” she said.

News agencies have not made it clear which sections of the bill the president could take direct action on. But the progressives are prodding the president to act and to prioritize climate change. Jayapal said that whatever costs that Manchin claimed to be concerned about will cost a whole lot more later. And there will be damage done in both dollars and humans. She does not believe we can pass up this one opportunity to address the full scope of the crisis we are in.

Jayapal cut to the chase and said that Senator Manchin went back on his word and lacked integrity. She said that based on the White House Statement and her own discussions with the White House, the Democratic Party can not trust Manchin.

“We cannot hang the futures of millions of Americans on the words of one man who represents a state that has a tiny percentage of the country’s entire population,” she said.

Manchin has stood his ground noting that his constituents in West Virginia were already feeling the negative effects of inflation. It’s clear that his rock solid position based on his economic values is under attack. Let’s hope he will stand up to such pressure.