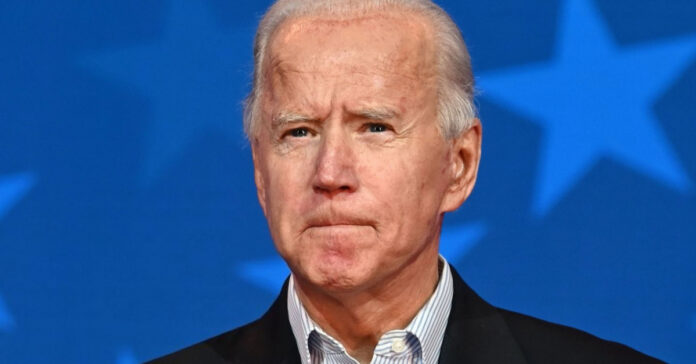 The death of Biden’s plan came as a shock to the progressive party and the other members of the Democrats that were praying that something would happen before the end of the year. But with all of their fighting and refusal to work with each other, the plan was finally killed. Joe Manchin will not vote in favor of the bill because it will do more damage to the country than produce sound. And that is where Alexandria Ocasio-Cortez shows up on the camera with death looks.

AOC cannot believe that a Democrat is not following party lines and voting for whatever flows out of Biden’s crazy head. The trillion-dollar monstrosity was never a good fit for the country. But the liberals believe that they can cram a square into a round hole.

Ocasio-Cortez just had to blast out that “The fact that Biden has the power to provide student debt relief to millions, had to be forced into extending the eviction moratorium, & has yet to aggressively campaign against the filibuster shows us he has more power than he’s using. It’s time to take off the gloves & govern.”

She believes that the president should govern and not serve. There is a vast difference between serving and acting as the lord of the manner. The type of government she is telling Biden to use is a dictatorship that does want he wants at every expense. There is no thought for the country’s people when a person makes selfish decisions for themselves.

And once again, the AOC started making comments based on lies. She tried to make people believe that Manchin and others personally attacked her by warning everyone that Manchin was not going to support the bill.

She went on to try and say that “Biden needs to lean on his executive authority now. He has been delaying and underutilizing it so far. There is an enormous amount he can do on climate, student debt, immigration, cannabis, health care, and more. Time is running out – we need to move and use alternative paths.”

The executive authority he has is to be used in times of emergency and not for him to use for his selfish intentions. He cannot just make up programs and laws reserved to be developed through the legislative branch. Any decision he tries to force into law will end up in court and shootdown. And that is another reason why so many liberals want to destroy the Supreme Court. That would allow them to push agenda items whenever they want without opposition.

History has shown that Harry Truman tried to do what Biden wanted to do, and his party started to turn on him. And that is precisely what is happening to Biden. His party is not supporting his avenue of progression. The only people who want to push him forward are the communist-loving progressive who wants to kill America off.

The president’s attention is misguided and needs to be brought back to reality. But the real question is that even possible for a man that struggles with memory issues. And his beloved vice president is as worthless as they are because she cannot even figure out what she is supposed to be doing as the vice president.

Alexandria Ocasio-Cortez has tried to make a case that the bill is drastically needed because confused, brainwashed people are suffering in their homes. The truth is that these people do not want to work because they love living on the handouts from the federal government. And the AOC is one of these people. She needs the government to keep expanding its programs because she needs the exposure to keep growing her money pile.

It comes down to that the Democrats need money and power to feel like they are essential. They base their self-worth on what they have instead of who they help. Americans are tired of being lied to, ready to evict the liberals from their chairs.