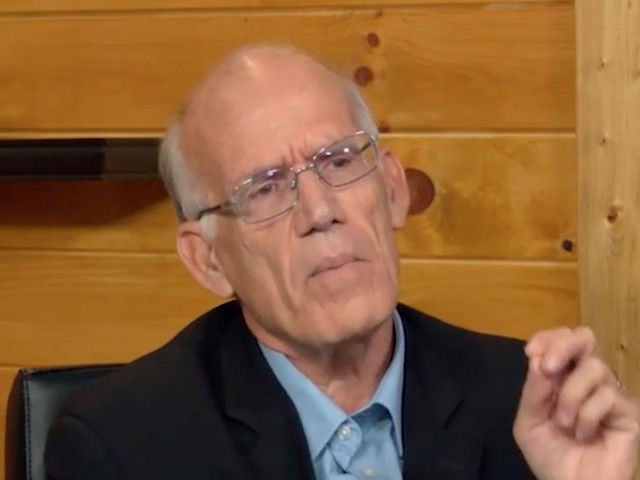 Hanson warned of lessening governmental accountability to citizens via the dissolution of American citizenship. The concept of citizenship, he added, is an essential component of Western civilization.

“The citizen is very rare,” he said. “Civilization is very old — seven thousand years old — but for nearly the first 4,500 years, there were no citizens. They were slaves, or subjects, or tribes, or residents.”

He continued, “[Citizenship is] the idea that you would have people who live in a confined space and they would govern themselves. They would elect their officials They would audit them. They would set their budgets, their expenditures. They would decide when to go to war, when to have peace. That was a lot of responsibility.”

He explained, “The idea of citizenship is integrated with property rights, he remarked. “Most importantly, [citizenship] seems to have started in the 8th century B.C. on the principal of inheritance, that you planted olive trees or vines on binds on your small plot, and you … own them — the state didn’t own them — and you had the right to pass them on without interference from the state. Like the American Constitution, the protection of property was very important.”

He observed how architects of the globalist enterprise cultivate ethnic and racial agitation to create perceptions of grievance and victimhood among targeted demographic groups. He noted that upward mobility rooted in meritocracy threatens the leftist paradigm of a zero-sum struggle between haves and have-nots.

Neo-Marxist ideology’s substitution of racial struggle for the class warfare framework creates a paradigm of permanent strife between races by framing whites as oppressors of non-whites, he shared. He noted how such a framework, rebranded as “critical race theory,” allows for inclusion of black elites like Oprah Winfrey and LeBron James as members of a supposedly oppressed cohort.

“[Leftists] have always been equality-of-result people,” he said. “They want a bigger government and more government employees to make sure that on the backend we end up equally. We’re all going to be poorer, but more equal; that’s far better than all of us being better off but having [inequality]. They’ve always been that way. They’ve never been successful.”

“California, the United States, these were upwardly mobile societies. Then they brought in this bankrupt European idea of critical theory, critical legal theory, critical race theory. It was basically an attack on the establishment that said that all the rules were socially constructed for the protection of what originally was a Marxist idea of elites — oppressive insects that sucked out the blood of the proletariat — and then they that didn’t work.”

“If you look at upward mobility among Latinos, and Asians, and African-Americans, it’s going up,” he said. “So they thought, ‘We’re going to lose the victim vote. There’s not going to be a victim vote,’ and there are 17 ethnic minorities that make more per capita than so-called white people — Punjabis, Koreans — so they came up with the idea of diversity.”

He added, “[Leftists] said, ‘If you are non-white, you are diverse, and therefore, no matter what your income, you’re oppressed.’ … It was just a perfect matrix, the perfect paradigm for them. They said anybody who could be wealthy was forever a victim, because unlike class, if your new home burned down, if your your tech job evaporated, you could go down in class and be exploited, but not if you’re Oprah, not if you’re Meghan Markle, not if you’re LeBron, not if you’re the Obamas. You are always oppressed.”