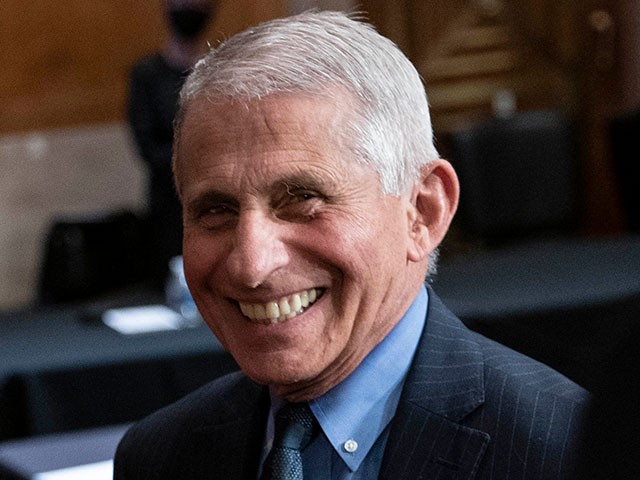 According to Forbes’ auditors with OpenTheBooks.com, Fauci has become the “most highly compensated federal employee,” out-earning the president, four-star generals, and “roughly 4.3 million of his colleagues.”

Fauci received a “permanent pay adjustment” in 2004 under President George W. Bush for his biodefense work. Federal employees with his tenure can retire with up to “80 percent of [their] high-3 average salary, plus credit for [their] sick leave,” according to the U.S. Office of Personnel Management.

Documents released to our non-profit organization OpenTheBooks.com reveal that Dr. Fauci was approved for a “permanent pay adjustment” in excess of his regular salary in December 2004, to “appropriately compensate him for the level of responsibility… especially as it relates to his work on biodefense research activities.”

Either way, Fauci has made it clear he has no plans to retire anytime soon, at least not until the coronavirus pandemic concludes.

“There’s no way I’m going to walk away from this until we get this under control. I mean, that’s the purpose of what we do. That’s – that’s our mission in life. In the middle of it, I’m not going to walk away,” he told ABC’s Jonathan Karl earlier this month.

Fauci likened the pandemic to World War II, adding that we are only “halfway.”

“It’s kind of like we’re halfway through World War II, and you decide, well, I think I’ve had enough of this,” he said. “You can’t do that. You’ve got to finish it — and we’re going to finish this and get back to normal.”

In November, Fauci also told CBS Face the Nation that he would not retire until the pandemic was in the “rearview mirror.”

“I’m going to keep doing that until this COVID-19 outbreak is in the rearview mirror, regardless of what anybody says about me, or wants to lie and create crazy fabrications because of political motivations,” he said.