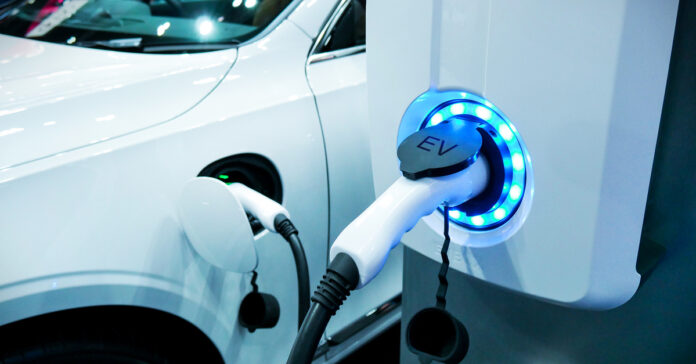 Electric vehicles have been touted as the solution to climate change. If we could just get everyone to ditch their gas-guzzling, carbon-spewing vehicles for electric ones, we could make a real difference in carbon emissions. Everyone’s carbon footprint would be so much smaller.

President Biden is one of the loudest proponents of the electric vehicle. Everyone in America should get one…ASAP.

Only, Biden has jumped on the bandwagon without thinking about the problems that exist. This is typical of this administration, though. They leap before they think everything through.

Electric vehicles come with a plethora of problems…yet Biden doesn’t want to pay attention to any of them.

So, before we go any further, let’s explore these problems. After all, we have to figure out what’s standing in our way of just embracing this idea and abandoning our gas vehicles.

The cost of an electric vehicle is considerable. Depending on the make and model, it could be at least $10,000 more than what a gas version would cost. This means that it can be more than what the average person is able to pay for a vehicle.

While there are more and more electric vehicles hitting the market, many are not showing up on the used car lots yet. This also means that many people won’t be getting an electric vehicle.

Think about the budget that a teen has for their first car. If they worked enough summer jobs and they have some family members who will contribute a bit, they might be able to afford $5,000. There are not too many used cars available for that kind of budget – and certainly not an electric one.

It’s not just the cost, though. There’s also the range. Even some of the best electric vehicles only have a range of about 200 miles. For those who travel significantly, there’s the problem of how to get from one point to another without having to stop for a charge for a few hours.

Think about this. Most cars can provide a range of about 300 miles on one tank of gas. With a 5-minute stop at a gas station, they can go 600 miles.

That’s not the case with electric vehicles. To go 600 miles, you’d need to stop twice to recharge the vehicle – and depending on the model, it might need two hours or more to get a full charge. That’s a significant amount of time being added to a drive to get from Point A to Point B – and it’s not realistic for many.

AAA conducted a poll last year that showed 80% of those who owned an electric vehicle still owned a traditional gas vehicle, too. This shows that there are only a small percentage of Americans looking to make a full transition to electric. The practicality of it all is what is causing people to pause.

Michael Shellenberger of Environmental Progress says that “One reason to be suspicious of electric cars overall, is that we haven’t solved any of the real problems that we’ve always thought they had.” He goes on to say that it’s important to do things to help climate change but “transportation would not be where I would focus. But obviously there’s a lot of money to be made and a lot of interests that then turn around and fund the members who vote for this.”

Ah-ha! There it is. It’s not really about climate change. The Biden administration is pushing electric vehicles because they’re likely going to make quite a bit of money from the auto manufacturers. The special interest groups want this, but it’s not necessarily what’s best for the climate or for the average American.

AAA’s research shows that most people have concerns about the low availability of fast-charging stations. It leads to “range anxiety.” If you have gone your 200 miles and can’t find a place to charge your vehicle, what happens? You suddenly die in the middle of a long stretch of highway until AAA or another roadside service can get to you.

What about the range? What about the charging stations? Well, he doesn’t have any answers. He just wants you to listen to him. Sorry, Joe, that’s not good enough…