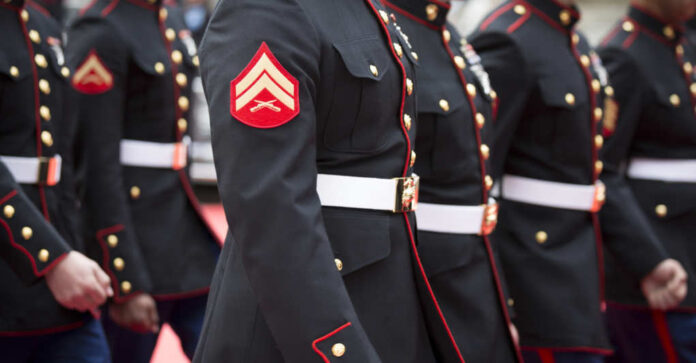 Some people might say it’s what he gets for opening his mouth. Others might say the man now known as Mr. Scheller did the right thing. The former Marine Lt. Col. demanded accountability from every person past and present who had anything to do with America’s dispute in the mid-east. He wanted an explanation as to why or how it could’ve taken 20 years to lose the argument. Since no one was in the mood for questions, the Marine Corp gave him the boot. Problem solved. Civilians have no recourse for which to ask such intrusive questions.

As with everything though, there’s more to this than an inquisitive former Lt. Col. He kinda violated the Uniformed Code of Military Justice, among other strict violations, by making his demands known on social media while sporting his uniform.

Scheller posted a video that went viral in which he represented only himself and not the entire Marine Corps. The video had not been produced in any official capacity but may have been incorrectly interpreted as such by him wearing his full dress uniform.

Scheller was an infantry officer who saw action in both Iraq and Afghanistan. No doubt he saw things not fit for the timid, but probably no more so than those under his command. The duty of both enlisted troops and officers is to follow commands from above without question. And there’s always someone above. Theirs is not to question why.

Scheller’s public inquisitiveness landed him in the brig awaiting court-martial and a subsequent dishonorable discharge. But it wasn’t Scheller’s willful breaking of the rules that pissed off his dad. Stuart Scheller Sr. was upset because the process of sending his kid back home was taking so darned long.

Scheller Sr. addressed the issue in a letter. “Commandant David H. Berger talks about treating Marines like humans as opposed to inventory, but 5 weeks to sign a resignation? Seriously!? They should be ashamed of themselves.”

But his son made it home for Christmas, and because of his faithful past service, the Corps upgraded his discharge to a general discharge under honorable conditions. Under the circumstances, it was the best they were allowed to do.

The Marine Corps has been contacted for further questioning regarding the type of discharge but folks there are sticking with the Corps unofficial motto of “Don’t ask. Don’t tell.” In other words, “Butt out. This is a private matter you wouldn’t understand.”

Scheller gave 17 years of his life to the Corps. In his final farewell to the career he had loved so much, he thanked “all the Marines who served, led, bled, and suffered.” Not one to hold grudges, and knowing it was him who had messed up, he sent thanks out to the Corps for “forging him into a man.”

Scheller acknowledged how his demands for accountability had been no different than those made by patriots dating back to the Revolutionary War, but like him, answers were never given and they had paid the price for their nosiness. He also acknowledged how he could and should have gone about his quest in an entirely different manner or simply left it alone. But. What’s done is done, and no matter what, once a Marine, always a Marine.

Oorah, buddy. A grateful nation thanks you.