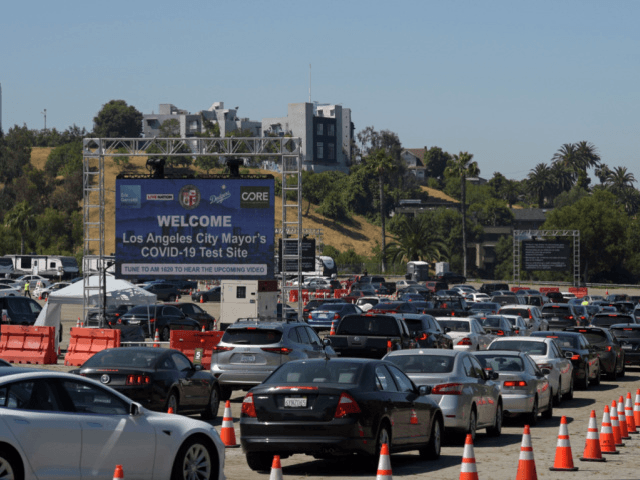 As Vanity Fair reported last week, the Biden administration rejected a proposal in October from a group of coronavirus testing experts that would “put rapid at-home COVID-19 testing into the hands of average citizens, allowing them to screen themselves in real-time and thereby help reduce transmission.”

Three days after the meeting, on October 25, the COVID-19 testing experts–who hailed from the Harvard T.H. Chan School of Public Health, the Rockefeller Foundation, the COVID Collaborative, and several other organizations–received a back channel communication from a White House official. Their big, bold idea for free home tests for all Americans to avoid a holiday surge, they were told, was dead. That day, the administration instead announced an initiative to move rapid home tests more swiftly through the FDA’s regulatory approval process.

Dr. Steven Phillips, a vice president of science and strategy for the Covid Collaborative, said the White House was “playing small ball.”

“When it comes to rapid testing, they’re bunting the players along,” Phillips said.

President Joe Biden denied this week that his administration rejected the October proposal.

“We didn’t reject it,” Biden told New York Post reporter Steven Nelson as he departed the White House on Monday.

Two months later, as coronavirus cases surge in the wake of the Christmas holiday, lines at testing sites have swelled to record levels, according to Fox News. On a call with governors earlier this week, the president hinted that his administration “would have gone harder” if they knew of the coming surge.

“Seeing how tough it was for some folks to get a test this weekend shows that we have more work to do, and we’re doing it,” Biden said. “But it’s not enough. It’s clearly not enough. If I had — we had known, we would have gone harder, quicker if we could have.”

That said, the president admitted, “There is no federal solution” to the pandemic, emphasizing that it will get “solved at the state level.”

It comes down to a lack of federal prioritization. There’s no other way to put it… It’s frustrating when you hear President Biden and Vice President Harris say on the record, ‘We didn’t see this coming. No one could have seen this coming.

Well, we always knew that in the holiday season, you’re going to see a surge. We always knew that delta, after it hit India and the UK, was going to come hit us. So this reflects a failure of the administration to really take this seriously and to prioritize the virus the way they told us they would.

While the White House did announce last week it would purchase 500 million at-home rapid tests for free distribution, Coronavirus Response Coordinator Jeffrey Zients said the shipments will not go out for a few days or even weeks.

“Companies are already submitting information, and we expect the contract to be completed late next week. That means that the first deliveries for manufacturers will start in January,” Zients said during a press conference.

“We’re actively working to finalize that distribution mechanism, which includes a website where people will be able to order tests for free. And we’ll share more details in the weeks ahead — days and weeks ahead,” he added.

The Centers for Disease Control (CDC) recently announced that people who test positive for the coronavirus can exit quarantine after just five days without a negative test if they show mild to no symptoms. Health experts believe the decision stemmed from a shortage in tests.

“CDC’s new guidance to drop isolation of positives to 5 days without a negative test is reckless,” tweeted Dr. Michael Mina, an epidemiologist and chief scientific officer at eMed. “I absolutely don’t want to sit next to someone who turned [positive] five days ago and hasn’t tested [negative].”

Likewise, Dr. Celine Gounder, an infectious disease specialist and epidemiologist at the NYU School of Medicine and Bellevue Hospital, told NPR that the new guidelines were an “example of scarcity determining policy.”