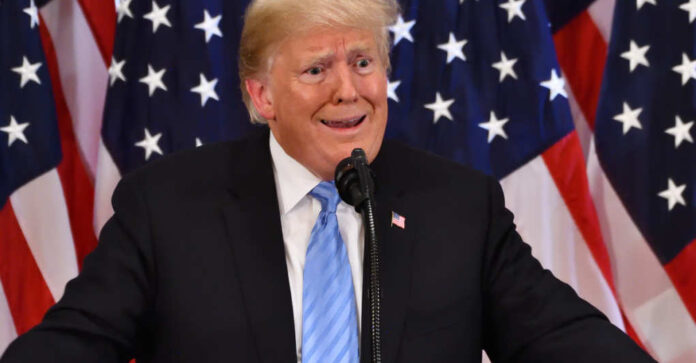 Dr. Anthony Fauci and former President Donald Trump make for some strange bedfellows. Dr. Fauci recently praised Trump for urging Americans to get COVID-19 vaccines and booster shots. He also said that he was dismayed and stunned over the fact that Trump was booed by his supporters for his endorsement of the vaccine and booster.

Fauci said on ABC’s “This Week,” “I think that his continuing to say that people should get vaccinated and articulating that to them, in my mind is a good thing. I hope he keeps it up. … We’ll take anything we can get about getting people vaccinated.”

He went on to talk about his “dismay” regarding the negative support Trump received for his comments. He noted how popular the former president is with his supporters and that the fact that he was booed by them indicates how recalcitrant the people are about being told what they should do.

Trump has been universally criticized by the mainstream media for his perceived opposition to the COVID-19 vaccine. It is a vaccine that he helped to develop. Last week Trump said that everyone should support vaccines.

Trump said that it was really a matter of tone and trust.

The former president revealed to former Fox News host Bill O’Reilly that he had taken the booster. When some booed, Trump spoke right to them saying, “Don’t, don’t.” He then said it was alright and that it was just a tiny group.

Trump contracted COVID-19 in October of 2020. He encouraged those listening to him to get vaccinated. He said that his administration did something that was “historic” in helping to create a vaccine in record time.

President Joe Biden has not been willing to give Trump any credit, but recently he changed his position. Biden thanked the Trump administration this past week for setting up Operation Warp Speed. It fast-tracked three versions of the vaccine and put in place a distribution system.

Biden not only thanked the prior administration but also the scientific community for the fact that America was one of the first countries to get the vaccine. He made these remarks in a speech with a goal to set out his plan to fight the Omicron variant. Biden also thanked his own administration who, along with the hard work of the American people, led a rollout that made this country a leader in getting shots in arms.

Trump said that he was surprised that Biden thank him and that he was appreciative of it. He said it was a terrific thing and he thought it made a lot of people happy.

Trump talked about the process needed for healing in the country and that Biden’s words would help a lot. Trump said that he may have been the vehicle, but that we all did the work together. He praised his administration’s work to come up with three vaccines and that it should not be disparaged; we should be happy about the millions and millions of lives that we saved all over the world.

According to Our World in Data, more than 200 million Americans are fully vaccinated, meaning they have taken two doses of a vaccine. But that is only 61% of the population.

So the year seems to be ending with Fauci and Trump agreeing and Biden thanking the previous administration. That sounds like a Christmas miracle.