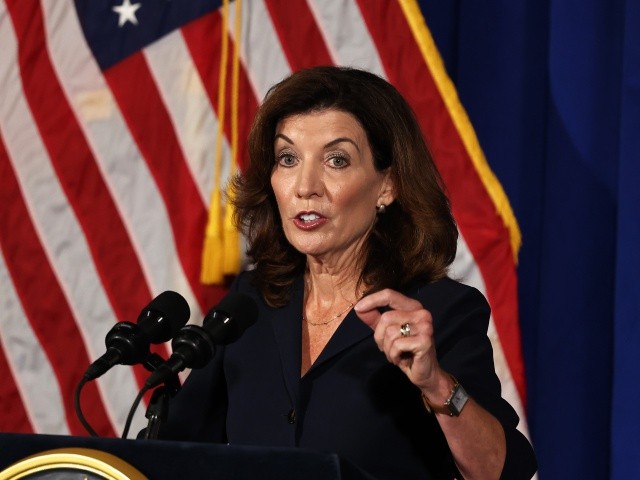 “For far too long, communities of color in New York have been held back by systemic racism and inequitable treatment,” Hochul said. “I am proud to sign legislation that addresses this crisis head-on, addressing racism, expanding equity, and improving access for all.”

Hochul signed a package of legislation on December 23 containing six bills that declare the public health crisis and implement ways to address it. Legislation S.70-A/A.2230 enacted the hate crimes analysis and review act, which gives law enforcement guidelines for the collection and reporting of demographic data for hate crime victims and alleged perpetrators.

“The Hate Crimes Analysis and Review Act ensures that we collect accurate demographic data of perpetrators and victims to better protect the communities being targeted. Without data, the plight of many will remain invisible,” said state assembly member Karines Reyes.

Additionally, legislation S.6639-A/A.6896-A requires the state to collect certain demographic information “in order to keep a more accurate and relevant public record of Asian-American populations in New York.” Anti-Asian hate crimes in New York City reportedly increased by 361 percent over the past year.

“What we know is this: racism is a serious public health threat that directly affects the well-being of millions of Americans,” Walensky said. “As a result, it affects the health of our entire nation.”

Municipalities across the country began to declare racism a public health crisis in the aftermath of George Floyd’s death and last year’s Black Lives Matter protests.

The city council of Richmond, Virginia, declared racism a public health crisis in July. Chicago Mayor Lori Lightfoot did the same in her city in June, as well as the mayors of Boston and Louisville.

New York City beat the state to the punch when they declared racism a public health crisis in October.

Hochul was sworn in as New York’s governor in August after former Gov. Andrew Cuomo resigned amid allegations of sexual misconduct. Recent polls found Hochul is the leading candidate among Democrats for the 2022 governor’s race.