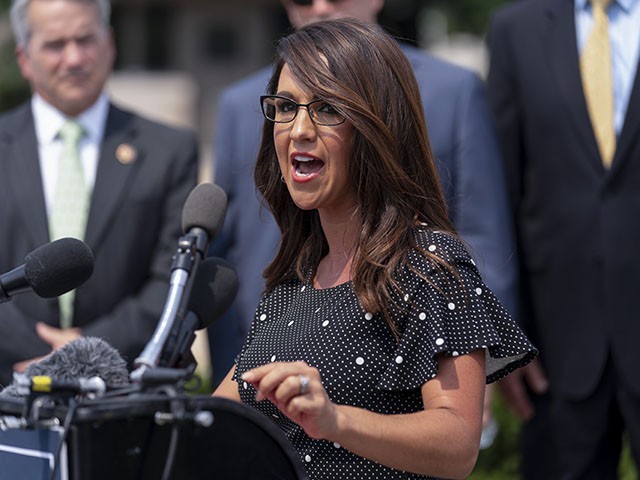 Biden came in, canceled construction of the Keystone XL Pipeline in America, and then approved the Nord Stream 2 to Russia. He said no American energy, we want Russian energy. And now, instead of relying on the American roughneck, we are begging OPEC to produce more oil. It is absolutely absurd. So these are the things that we need to get control of right away.

I think that education needs to be put towards the top of the list as well. We see moms and dads all across America who are absolutely frustrated with what’s going on in our schools, that their taxpayer dollars fund. We need to make sure that there is no Critical Race Theory.

We need to just take a page out of Governor Ron DeSantis’s book, and say, “Let’s apply this everywhere.” No federal money is going to be allocated to any school that teaches Critical Race Theory, that teaches our children to hate America and hate someone else because of the color of their skin.

“We are absolutely going backwards instead of moving forward,” the congresswoman said. “There’s many things that we need to address, and I’m looking forward to having a majority so we can actually implement them.”

“Right now, Nancy Pelosi, she controls the House schedule,” Boebert explained of the current situation in Congress. “The floor of the House schedule belongs to her, and we don’t have Republican legislation that comes to the floor for a vote.”

Watch the full interview below: