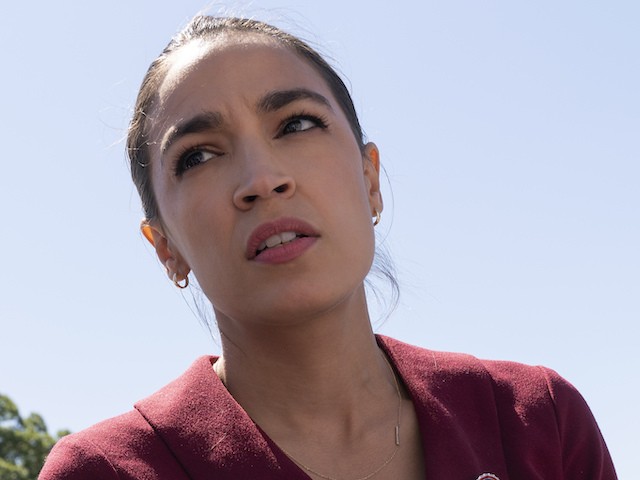 “If Republicans are mad they can’t date me they can just say that instead of projecting their sexual frustrations onto my boyfriend’s feet. Ya creepy weirdos,” she wrote in a social media post:

Her comments were in response to criticism from social media user Steve Cortes that Ocasio-Cortez was reportedly in Florida.

“If Leftists like AOC actually thought mandates and masking worked, they wouldn’t be frolicking in free FL,” he wrote, adding, “Her guy is showing his gross pale male feet in public (not at a pool/beach) with hideous sandals”:

The openly socialist Ocasio-Cortez was reportedly celebrating New Year’s in Miami, Florida, as her own state of New York endured the omicron surge.

In a subsequent post on Friday, the young woman said, “It’s starting to get old ignoring the very obvious, strange, and deranged sexual frustrations that underpin the Republican fixation on me, women,& LGBT+ people in general.”

“These people clearly need therapy, won’t do it, and use politics as their outlet instead. It’s really weird,” she continued:

Several social media users replied with criticism, one person writing, “Lol. Practice what you preach and you wouldn’t have to get defensive.”

“Interesting how you don’t stay in your own lockdown state and instead head to a state where freedom is allowed. I sincerely hope you’re thanking the Florida governor for your lovely trip,” another commented.

Meanwhile, founder of the BLEXIT movement, Candance Owens, weighed in on Ocasio-Cortez’s initial comments, writing, “‘You just want to have sex me’ is potentially the filthiest, most immature response I’ve ever heard uttered from an elected official that is facing critique.”

“She’s quite literally creating a Republican sexual fantasy about herself. #AocMeltdown,” Owens concluded.

Washington, DC, and New York lead the country in reporting the most cases of the coronavirus per capita, despite some of the most stringent vaccine mandates in the nation, Breitbart News reported Friday.

“Both D.C. and New York lead the nation in reporting the highest number of daily coronavirus cases per capita, and both are well above the U.S. average, which sits at 104 per 100,000 as of Friday,” the article read.