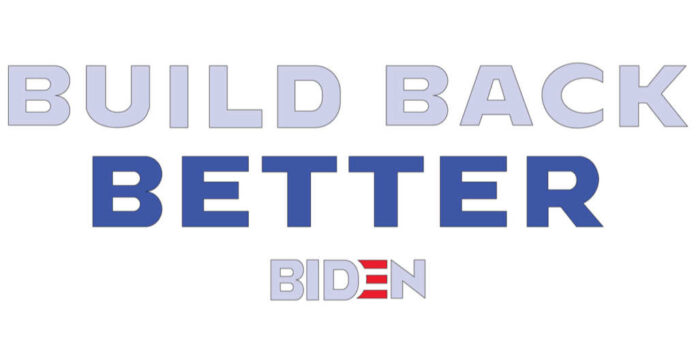 Joe Biden has been a president plagued by failures. He started his reign of terror by claiming to unite the country but failed to do so when he segregated everyone over the vaccine. He made promises to people and never delivered on them. He doesn’t work with the legislative branch, and he certainly doesn’t work well with the Republicans. And now that the new year is upon him, he must look back and admit he has failed well.

But for people such as Pramila Jayapal, Joe Biden should use other options to get what he wants. She has alluded that Biden needs to use his executive powers to force the country to accept his Build Back Better bill. She wants him to force America to fork out $2 trillion to fund a bill that the Senate has rejected.

Jayapal places the blame for Biden’s failure on Joe Manchin. She cannot believe that man would listen to his voters and act following their wishes instead of his own. Jayapal does not clearly understand what it means to be an elected official. She thinks that she should act based on her own will instead of the people’s will.

The nasty politician stated that “Nearly a year ago, President Biden laid out his Build Back Better agenda: a broad vision to meet the individual and collective challenges Americans face, necessarily ambitious to address crises both created and exposed by the pandemic. For most of 2021, Democrats worked to pass legislation that realizes that vision. The president negotiated with Congress, including Sens. Joe Manchin III (D-W.Va.) and Kyrsten Sinema (D-Ariz.) directly. Sen. Manchin committed to the president — who relayed that commitment to House members — that he would support the legislative framework unveiled on Oct. 28.”

She thinks that her party has worked during the year somewhere along the line. And that all their hard work was for nothing because a couple of people would not vote along party lines and approve a bill laced with trojan viruses and other horrible things that would have financially destroyed the country.

Biden’s Build Back Better plan is terrible, and most everyone knows it. But the progressives want to see the president use his pen to get what he wants. Jayapal will never admit that to use executive powers in that fashion is unconstitutional and will ultimately end in failure in the court system.

Biden’s recent executive orders of vaccination mandates have been stopped multiple times in several states. And now that the matter is building momentum, the Supreme Court is supposed to weigh in with a decision to settle the matter. The decision will be a massive wake-up call to the old man that illegal what he is doing.

The nasty bill Biden is trying to force through has most of the destructive plans that the progressives need to create a socialist America. She certainly had made it clear that her progressive comrades are somehow the saviors of the bill and plan to come from Biden’s desk. Still, when a comparison is made to what is in the bill and what the progressives want for America, it is nearly identical.

The progressive party is a disease settled within the Democratic Party. Once the two parties split, they will lose voters and never again hold office in Washington. They need each other. But the Republican Party is unified and has the same vision for America. They want to build America on the Constitutional ideas of the Founding Fathers and not on the insanity of an evil dictatorship.

Jayapal went on to state that “We call on our governing partners to join us in advancing that philosophy, guided by racial, gender, and economic justice — not corporations’ bottom lines. The progressives may claim that they do not care about the bottom line, but when it comes right down to it, they want to set the bottom line and force everyone to fund their sinful habits. This moment for the Biden administration and Congress can either lead to our greatest failure or our greatest success.”