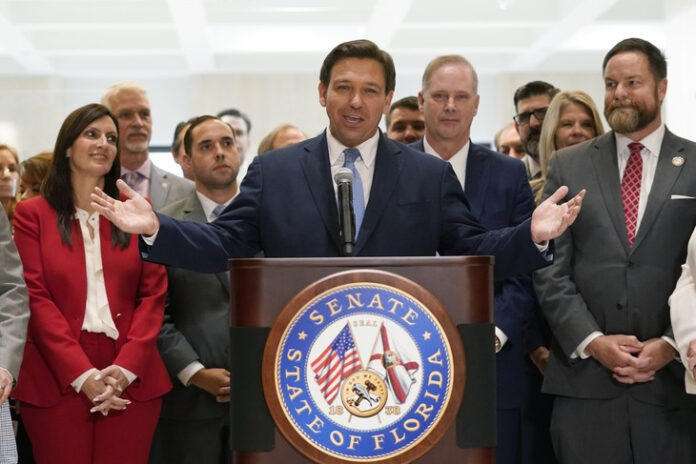 The pathetic liberal pandemic has seen innocent people being branded as felons because of their reactions to Democratic power abuses. People were forced to stay in their homes and not report to work for the better part of a year because their liberal leaders lied about the severity of the virus and what it would take to keep it under control. And as a result of their power abuse, some people were treated like criminals and arrested for living.

Consumers and Business owners are the victims in these cases.

One such couple was Michael and Jillian Carnevale. These two people were victims of local rules imposed on people because of the fear that the liberals were pushing. Their business is located in Plantation, Florida. They were told that they could open their business because of COVID lockdowns.

Carnevale’s livelihood is based on their business. For them, not being able to open for business would mean their ruin financially. Their failure to obey the mandates would mean that they would be arrested three different times. They had their private business seized, and they were thrown into jail.

They were treated horribly because they were not able to enforce the rules on their customers. The liberals had branded them as responsible for the actions of other adults that were too lazy to obey the rules themselves.

The report of their alleged crime stated that “A gym owner from Plantation was in Broward County Court Thursday where he was facing charges from this past summer when he did not enforce mask-wearing at his fitness center. Mike Carnevale, the former owner of Fitness 1400 in Plantation, said he was not backing down after being arrested three times and charged with failure to comply with an emergency order.”

A mask mandate was forced on the people, and they were told that they had to wear one when trying to exercise. The problem that came up is that no one could breathe because their airways were being restricted. So Carnevale decided not to enforce the ordinance because it was causing more issues than it was correcting.

The fear of the virus caused a lot of pain and needless suffering for people. The Carnevale family were law-abiding people looking to keep their business open. But when they refused, the officials took their business away from them. Which, in many instances, is illegal because it was not the cities to take. https://twitter.com/joliveroconnell/status/1392685123196256258?ref_src=twsrc%5Etfw%7Ctwcamp%5Etweetembed%7Ctwterm%5E1392685123196256258%7Ctwgr%5E%7Ctwcon%5Es1_&amp;ref_url=https%3A%2F%2Fredstate.com%2Fjenniferoo%2F2021%2F05%2F13%2Fgov-ron-desantis-grants-clemency-to-gym-owners-charged-for-opposing-mask-mandate-n379372

@GovRonDeSantis you are amazing. What you done on the Ingraham Angle for the couple who own the gym was such a beautiful thing. You sir give me faith we will see the America I grew up loving back in all its glory! Thank you for staying strong 2 bad all govs dont follow your lead.

Business owners are sick and tired of being forced to shut down. The Carnevale’s made their stand and were willing to do what was needed to prevent others from suffering their fate.

When a media outlet interviewed the couple, everyone was shocked to see that Ron DeSantis had come with them.

The host of the show asked the governor what he was going to do for them. His reply is epic. He stated that “It’s a total overreach Laura, this is exactly what we ordered against last Summer, many, many months ago. I was just recently briefed on this case, and we looked at it. And, so I’m glad you have Mike and Jillian on, and I’m glad to be on to say, effective tomorrow morning, I am going to sign a reprieve under my constitutional authority. So that will delay the case for 60 days against both of them. And then when our clemency board meets in the coming weeks, we’ll issue pardons not only for Mike and Jillian, but for any Floridian that may have outstanding infractions for things like masks and social distancing.”

DeSantis is the one governor that is making a difference for the people. He is putting the state of Florida back together one family at a time. The pandemic will be a parenthesis that stopped everyday life. But DeSantis is making life better after the pandemic by allowing things to resume like it never happened.

One fan of DeSantis stated very well that “While others feel the love, this is sure to fuel the legacy media’s hate. What is interesting is that the truly horrible governors and their horrible acts continue to be ignored, while the media overturns every rock to find something on DeSantis.” And yet, it has not phased him one bit from doing what is right.