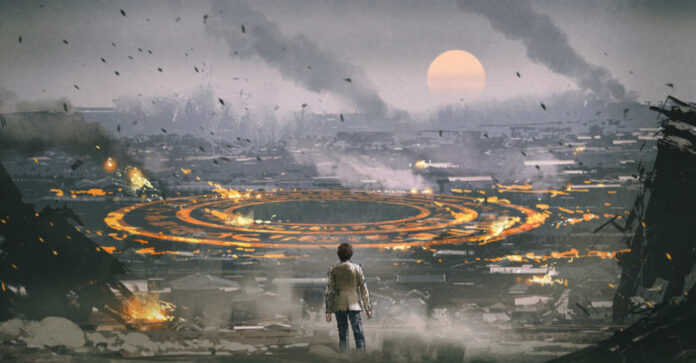 Michael Eric Dyson, a frequent commentator for both MSNBC and CNN, said that likely Republican victories in the 2022 midterm elections signal that “the apocalypse is before us.” He also focused on parental opposition to Critical Race Theory and said that it reveals that a significant part of and American educational system is now to attack the intelligence of black kids.

Dyson made these comments while interviewing Tiffany Cross who was guest-hosting “The ReidOut” on MSNBC. She said to Dyson that we have seen countless warnings that democracy was in danger. She reiterated that the GOP would be able to replicate their previously successful strategy of campaigning against Critical Race Theory.

Dyson responded, “This is a prelude to the kiss-off of American democracy. The apocalypse is before us. We speak in these apocalyptic terms; people call us exaggerators. ‘Oh my God, why don’t you stop over-responding?’”

Dyson referenced previous complaints regarding the filibuster and the election of Republicans like Genn Youngkin, the newly elected GOP governor of Virginia. He believes these candidates are existential threats to freedom. Dyson, an ordained minister, said that those who elected these Republicans are “people who are not used to being shat upon.”

Cross asked the minister, who is also a professor of African-American studies at Vanderbilt University, to explain the controversial Critical Race Theory to her “non-melanated brothers and sisters” who oppose it.

“The truth is, they’re more down with O.P.P. than they are with CRT. They don’t even know what it is. They can’t even define it. They can’t even speak about it — Other People’s Politics, in this case,” Dyson said.

This defense of the quasi-Marxist teaching is fairly common. Dyson faced objections along these lines from HBO’s Bill Maher. Dyson went after parents who were critical of the theory and said again that none of them could even define it when you ask them what it is.

Mayer, usually leaning way to the left, said, “I find that a disingenuous argument because I don’t think that is what people are objecting to. They are not objecting to black history being taught. Other things are going on in the schools.”

The HBO host then described teachers separating children by race and calling them either oppressed or oppressor. He said that children are coming home traumatized by this and that is what parents are raising objections to.

Dyson has also maintained that no one is teaching Critical Race Theory in kindergarten, or even in fifth grade or sixth grade. He said that it is a law school theory. But that is not true. Public schools are teaching young children to be skeptical about the default position of “whiteness in American education.”

Dyson also said that it was white students who are hungry for CRT. He believes that those who resist it are just not used to seeing black people as the index or measure of who America is as a nation.

Dyson has spent years, before his focus on CRT, accusing the police forces of America. He does not acknowledge that according to a Gallup poll that was released at the height of the Black Lives Matter riots, 81% of black Americans want policing to remain at the same or higher levels in their communities.

When there was a national backlash against CRT-themed public school curricula CNN and MSNBC reported that public schools do not teach Critical Race Theory. CNN even had a woman who teaches CRT in Philadelphia’s public schools tell their viewers that CRT is not being taught in schools.

The truth is that public school districts have taught CRT principles of privilege, oppression, whiteness, and institutional racism in their curriculum.

These controversial issues, Biden’s low poll ratings, and the government’s inability to deal with the pandemic have caused every indicator to point to a GOP wave in the 2022 midterms.