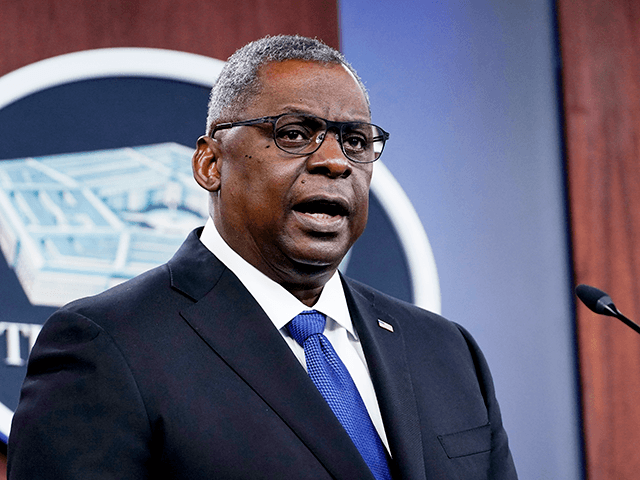 “I tested positive this morning for COVID-19. I requested the test today after exhibiting symptoms while at home on leave,” he said in a statement. My symptoms are mild, and I am following my physician’s directions. In keeping with those directions, and in accordance with CDC guidelines, I will quarantine myself at home for the next five days,” he said in a statement.

Austin credited getting fully vaccinated as well as a booster shot for his mild symptoms.

“As my doctor made clear to me, my fully vaccinated status — and the booster I received in early October — have rendered the infection much more mild than it would otherwise have been. And I am grateful for that,” he said.

“The vaccines work and will remain a military medical requirement for our workforce. I continue to encourage everyone eligible for a booster shot to get one. This remains a readiness issue,” he said.

He said he plans to virtually attend meetings this week and that he retains all authorities. He said Deputy Secretary Kathleen Hicks will represent him as appropriate and his staff has begun contact tracing and testing those with whom he came into contact over the last week.

He said his last meeting with President Joe Biden occurred on December 21, 2021, before he began experiencing symptoms and that he had tested negative that morning. He said he has not been at the Pentagon since Thursday, where he met with a few members of his staff. “We were properly masked and socially distanced throughout,” he said.

Austin in August ordered all service members to be fully vaccinated or else be separated from the military.

As previously reported by Breitbart News, the Marine Corps has already separated more than 200 active-duty Marines. The Air Force has separated at least 27 active-duty airmen. The Army is set to begin separating service members as early as this month.

Although each service touts a higher-than 95 percent vaccination rate for its active-duty members, there are tens of thousands of service members who have chosen not to get vaccinated. Of those, several thousand waiting to hear back on requests for medical, administrative, or religious exemptions. So far, no religious exemption requests have been approved for any of the services.

Some service members praised Austin, such as Vin Gupta, an Air Force major and NBC News analyst, who tweeted, “Thank you, General Austin. Glad you are feeling okay and thank you for emphasizing the vital benefits of vaccination for all of us. Those of us serving in the military medical corps — across the active, Reserve and guard corps — are especially grateful for your example.”

However, social media accounts with large military followings noted the irony of Austin kicking out service members for not taking the vaccine because they are a risk to readiness, but then he ended up with coronavirus despite being twice-vaccinated.

Pentagon officials have argued that being fully vaccinated is a readiness issue. So far, there have been 82 military deaths, out of 261,504 cases of coronavirus in the military, according to Department of Defense statistics.