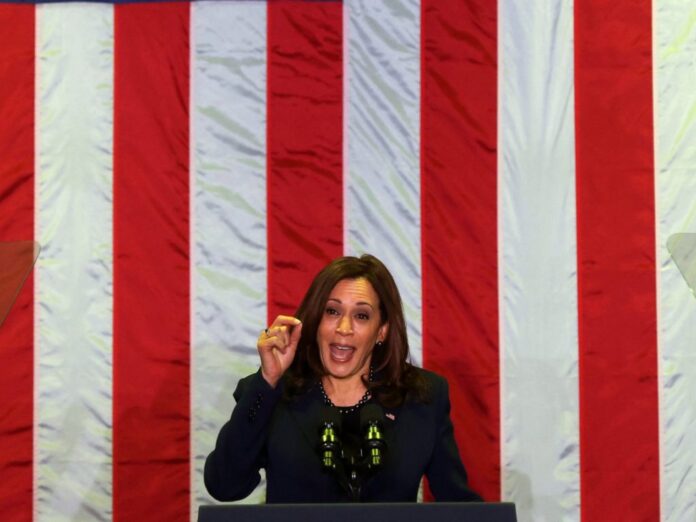 It was a direct repeat of a message she made in late 2020 in the lead-up to taking office and comes as voters query whether or not she is personally up to the task she has been assigned, even as she pleads “there is nothing about this job that is supposed to be easy.”

Although still on holidays in Los Angeles herself, Harris’s message was plainly stated.

“A new year to continue building a better America. Let’s get to work.”

In November 2020 Harris used social media to exhort effort both from the country in general and inbound President Joe Biden in particular.

On that occasion her message was just as simple.

“This election is about so much more than @JoeBiden or me. It’s about the soul of America and our willingness to fight for it. We have a lot of work ahead of us. Let’s get started.”

Harris currently vacationing in Los Angeles with husband Doug Emhoff. She is expected to return to D.C. sometime this week.

There is no indication yet on how much she has gained over the holiday period from her reported time seeking the counsel of twice-failed presidential aspirant Hillary Clinton on the best way to reverse diving approval ratings while at the same navigating the travails of public life, as Breitbart News reported.

Harris has also tapped Wall Street and Silicon Valley CEOs for advice on how to tackle the porous southern border and stem the inflow of illegal immigrants fast defining her struggling tenure of office.