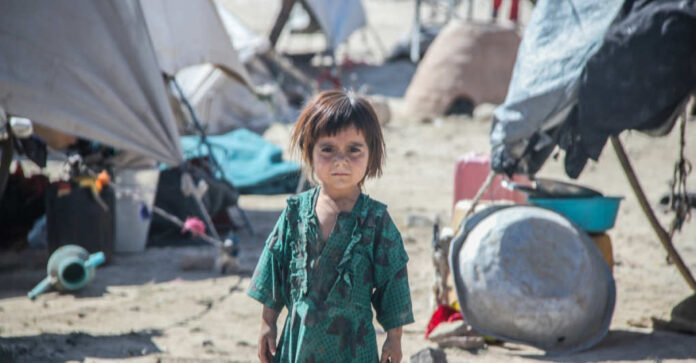 The Biden administration has only done one thing well in the past year, and that abandons American citizens and helps them destroy. After the president pulled out of Afghanistan, it was found that he purposely left Americans behind to hide or be killed by terrorists. His reluctance to wait and get everyone out turned the country upside down. And now, a few months later, it was discovered that he transported illegal kids from Afghanistan over American citizens.

The Taliban attacks were terrible, and many of these kids were separated from their parents while trying to flee. Some were at the airport when the terrorist bomber showed up. But these young people are stuck in the middle of a political circus and being used as pawns by The Democrats as a means to get what they want most.

Many of the kids were sent to sponsor homes where they waited for word about their natural families. Some of the kids had families already living in the country and were sent to those locations. Saving the kids was a noble task but leaving Americans behind is to betray their service and trust as a citizen. Biden’s priority as a president is to protect Americans first and foremost.

The media has done a great job keeping that atrocity quiet for the past year. Biden kept about 250 of the kids and put them in his collection of refugee camps for kids. Biden’s kids’ camps are where abandoned kids are taken and dumped off until someone takes them or ships them back to their country of origin. In some cases, the kids are abused and neglected because of so many of them.

Somewhere along the line, the kids have become victims of Democrat ignorance. Biden’s ability to run any program well does not exist. Many of the kids are found to have paperwork filled out with wrong information. Their names and dates of birth are messed up. The process of finding where the kids have relatives or who exactly they are remains a mystery.

Biden just had to pull out of Afghanistan without a plan to turn the country over to the nationals. The old man messed everything up so badly that it will take another twenty years to fix the atrocities that he has created.

So far, there are 15,000 Americans trapped in Afghanistan with little to no hope of being able to return home. They have left hiding and fearing for their lives under the control of the Taliban. Biden pulled out and left them there because he could not get them to safety. But he could steal over a thousand kids and bring them to America instead.

Biden also left many American weapons for the Taliban to get their hands on.

The president is guilty of arming the terrorists. There was no reason why so much equipment and people had to be left behind. The problem was that Biden had to try and get one up on Donald Trump. The old man had to prove himself to be better than the one that came before him. But in the end, he had made himself look like a crazy person.

The president thought that people would welcome the refugees with open arms. But Mark Gordon and Kristi Noem stated that they would not allow refugees into their states unless they were from an allied nation. These two governors are correct when they state that the people in question must not want to destroy the country. Joe Biden thinks that everyone will do what is right, but the vast majority of the illegals in America are only here because they want something for themselves. And they are willing to do whatever they want to achieve their goal.