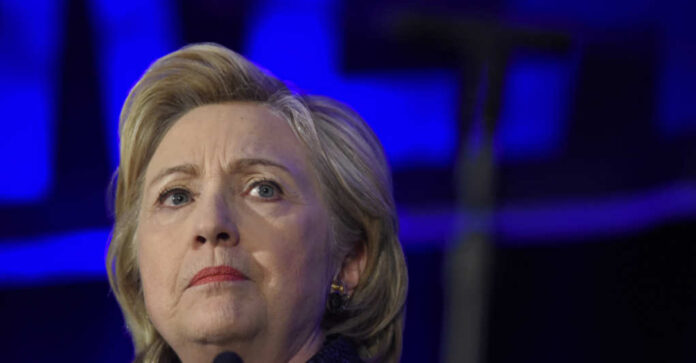 It’s not all that often that I find myself agreeing with Hillary Clinton. In fact, as a rule, I try to disagree with her on just about everything possible. However, as much as I can’t stand her, even I cannot ignore good reason when I hear it, even from the likes of her.

And recently, she gave just that.

So what did she say that is so uncharacteristically true?

Well, it comes to us from a recent interview she did with NBC’s Willie Geist in early December. As can be expected, the two were speaking of 2022 and the upcoming congressional midterms. More specifically, they discussed what challenges the Democratic Party might face as November 2022 draws closer.

And according to Hillary, that means looking at what actually “wins elections” – and not just in “deep-blue districts.” Instead, the failed 2016 presidential nominee and former secretary of state says it important to focus on what constituents in more competitive races think and feel.

Like the rest of the US, Hillary has noticed the political slide to the left that our national leadership has taken in recent years, with liberal and “so-called progressive” congress members gaining more and more power by the day.

However, she has also noticed that the big agenda items that those leftists are pushing only divide the country more. And when it comes to elections, that means there is a much greater risk of alienating on the fence or swing voters over those issues. Furthermore, if the left succeeds in cutting out all those who don’t agree with them, their chances of keeping or gaining more control over Congress majorities become much slimmer.

As Hillary says, “I understand why people want to argue for their priorities. That’s what they believe they were elected to do. But at the end of the day, nothing is going to get done if you don’t have a Democratic majority in the House and the Senate. And our majority comes from people who win in much more difficult districts.”

As I said before, I don’t generally agree with Clinton’s thoughts. However, she does have a good point here.

With Democratic majorities being what they are, namely the slimmest ever, it’s crucial that they keep their power, if not grow, to succeed in pushing their agenda through over the next few years. But in order to do that, they have to quit scabbling over the difference between liberal and moderate.

As Hillary points out, those arguments have already cost them a great deal. And if they continue, 2022 will see a complete GOP takeover of not only one but both congressional houses.

Case in point is the now-infamous Build Back Better plan of the liberal left.

Biden campaigned and supposedly won the presidency on the idea that he is a moderate Democrat, someone to bring balance back to the White House. However, upon stepping inside the Oval Office, he and his staff have essentially become a puppet for the liberal left. And after making a bad decision after a humiliating announcement, the Biden-Harris administration has become the least liked in all of America’s history.

The American people no longer have confidence in his abilities or goals, as they have led to inflation, rising taxes, crime sprees, supply chain problems, and our borders being overrun with illegals.

But rather than work to right those wrongs or shut down the liberal leaders proposing such disastrous ideas, he’s instead aimed at moderates like Joe Manchin of West Virginia and Kyrsten Sinema of Arizona, whose only fault is that they voted for what their constituents wanted and not the wishes of the liberal agenda.

As a result, BBB has pretty much been declared dead in the water, as have all of Biden’s vaccine mandates and his plans to push forward a country where fossil fuel doesn’t exist.

And as Hillary notes, all these plans mean nothing if “we don’t have a congress that will get things done, and we don’t have a White House that we can count on to be sane and sober and stable and productive.”

Now, based on this last line, many assume that Hillary is trying to position herself as a possible replacement for the aging Biden, should he not run again in 2024. And that may be true. However, her reason still isn’t made void by that possibility.

No matter who runs in 2024, none of it will matter for the Democrats if they can’t keep their hold on Congress. And by the looks of the things, come November, that won’t be likely.