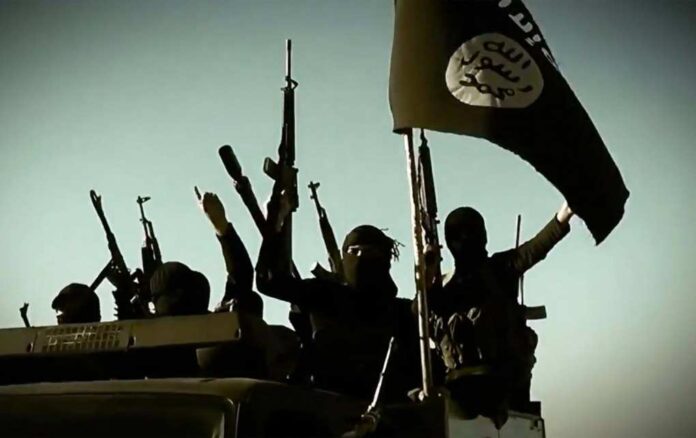 Israel is not just being attacked by terrorists and people that hate their existence. Their liberal allies are also attacking them within the Democratic Party. Joe Biden took his time to throw his support into the ring and claim that they have the right to defend themselves. He did so because of the pressure that faithful supporters of Israel were putting on him.

Biden’s true loyalties are found to be rooted in the terrorist camp.

His loyalty is found in the words of the Palestinian Islamic Jihad terrorist group that boasts that they are getting their weapons from Iran. Iran has always hated Israel and will work with anyone to try and destroy the tiny nation.

Hamas has fired thousands of rockets into Israel, hoping to kill innocent people. They do not even care if they kill other Palestinians residing in Israel. They just want to kill as many people as they can. And Joe Biden supports the effort because he supports a strong Iran.

The Prime Minister of Israel is Benjamin Netanyahu. He stated that “Yesterday and today, the IDF attacked hundreds of Hamas & Islamic Jihad terrorist targets in the Gaza Strip. We have eliminated dozens of terrorists, including senior commanders. Hamas and Islamic Jihad have paid — I tell you here — will pay a very heavy price for their aggression. I say here this evening — their blood in on their heads.”

Joe Biden let members of his party blast Israel and demand that they let Hamas blow them off the face of the planet. He should have spoken up and demanded that they resign. But in secret, he hates Israel and supports the terror against them.

One report was found by David A. Daoud, who is a research analyst with the United Against Nuclear Iran found a clip from the foreign news source that stated, “Palestinian Islamic Jihad Quds Force Brigade spox thanks ‘Resistance Axis, headed by Islamic Republic of Iran,’ for the addition of Badr-3 missiles to PIJ arsenal.”

Joe Biden wants to let Iran rise to power. He is making a path for them to have money and whatever else they need to be that force or terror. Another report surfaced that “The mujahideen in Gaza and Lebanon use Iranian weapons to strike the Zionists. We buy our weapons with Iranian money. An important part of our activity is under the supervision of Iranian experts. The contours of the victories in Palestine as of late were outlined with the blood of Qasem Soleimani, Iranian blood.”

Joe Biden returned the money that Donald Trump squeezed out of Iran. Iran was then able to use that money to make weapons and give them to Hamas so they could Israeli people. The actions of Joe Biden are not in favor of Israel even though his big mouth says he supports them.

Palestinian Islamic Jihad Official Ramez Al-Halabi: The Rockets We Use to Pound Tel Aviv, Our Weapons, Our Money, and Our Food Are Provided by Iran #Gaza #Iran pic.twitter.com/0nc932DL5V

Another statement came out that boasted, “I am not sorry, I am proud to say that the rockets that are used to pound Tel Aviv have an Iranian signature on them, the signature of Qasem Soleimani. The Kornet missiles that we use to blow up the Israeli tanks – the pride of the Israeli and global defense industry – are the Kornet missiles of Qasem Soleimani and Iran. The guns that we use to shoot at the Israeli enemy… Those who use these guns were trained by our brothers in the IRGC. We say this loud and clear.”

Iran supports Hamas, and they are supported in secret by Joe Biden. His desire to return to an Obama-era treaty that favored Iran proves his loyalties are sadly misplaced. His weaknesses are allowing enemies of freedom to voice their contempt and hatred for Israel and the United States.

The Democratic Party is full of terrorists just hoping that something happens that will bring the country to its knees. The point of truth they do not understand is that they are a part of the country. If that moment ever comes, they will be affected just like everyone else. The American people support Israel, and it is time their leaders do the same.