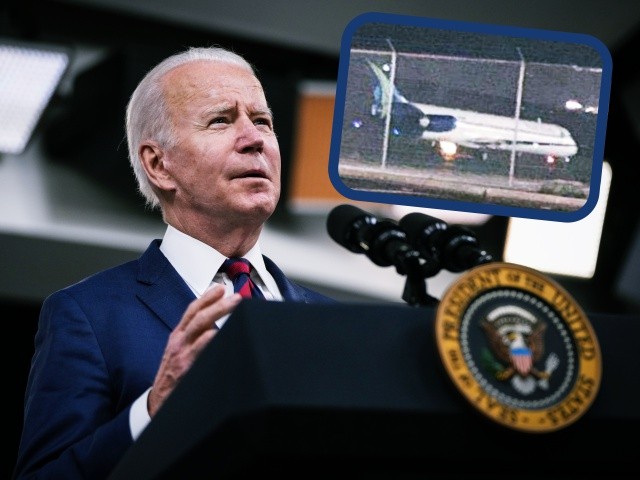 As Breitbart News has reported over the last few weeks, Biden has been accused of using Pennsylvania as a transportation spot for border crossers and illegal aliens where flights are charted in coordination with the Department of Homeland Security (DHS).

First, we had to discover for ourselves that illegal immigrants were being shipped into northeast Pennsylvania on at least four flights. But then when people demanded information, the flights were shifted to the Lehigh Valley and they just hoped no one would notice.

This week, in statements to the media, Gov. Tom Wolf (D) seemingly confirmed Biden’s secret migrant flights to Pennsylvania but excused them as merely a stopping point for passengers’ final destination, which remains unknown.

Had any of the elected officials sending letters/statements asked, they would have received the same information that we have from HHS; over recent weeks, unaccompanied children passed through the Wilkes-Barre airport en route to their final destination to be unified with their parents or vetted sponsor.

Rep. Dan Meuser (R-PA), who sent a letter to the Biden administration requesting information on the secret migrant flights, told Fox Business Channel Biden was actually siphoning funds allocated for coronavirus testing and using it to fly border crossers and illegal aliens into the U.S.

“The idea that they would do this, attempt to do it secretly, clandestinely in the middle of the night. There were two flights that came in on Christmas night, in the evening, at nine o’clock at night,” Meuser said:

I went down to the airport the next day to see what was going on and there were many eyewitnesses that divulged everything to me. And that’s the only way that we really found out — through leaks. And I’ll tell you something else: the American people need to know what HHS did: They diverted billions of dollars of funding that was dedicated for tests, covid tests … to bring in unaccompanied minors, illegal minors into the U.S. [Emphasis added]

This woke agenda of the president’s is at the expense of the American people and it’s happening every day. [Emphasis added]

Because the border is so overwhelmed, they’re now being put on these planes, sent to different parts of the country — particularly Allentown and Wilkes-Barre Scranton in these cases, over 2,000 in the last few weeks — and buses are showing up and carting them off to locations that are unknown and HHS won’t tell us, won’t tell us where they’re going. We understand they’re going into the New York metro area but that’s just anecdotal. [Emphasis added]

Meanwhile, as of late October, Biden has released more than 530,000 border crossers and illegal aliens into the U.S. interior. This total includes the tens of thousands of Unaccompanied Alien Children (UACs) who have been dispersed to states like Pennsylvania.