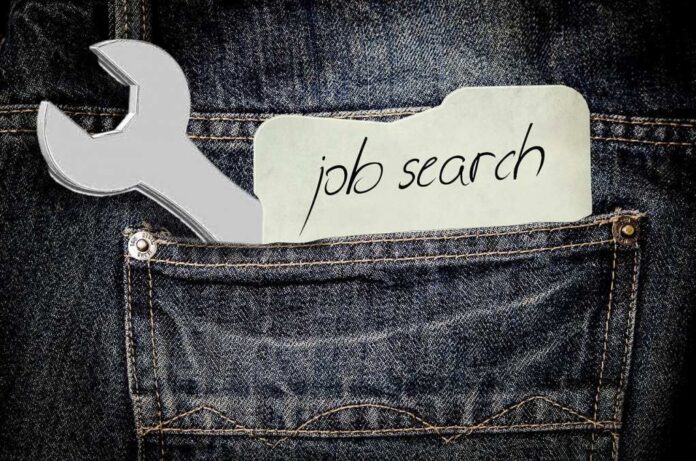 There is little to no indication that the economy is improving under King Biden’s rule. He was going to clean up America’s crippled ledger books and put a chicken back in everyone’s pot. Someone should big enough gonads to tell the confused man he’s headed in the wrong direction.

This is not opinion, mind you. One glance at April’s job report is clear evidence of a crisis at hand. Democrat’s like to believe the economy is slowly recovering from the pandemic, but a snail’s pace doesn’t count for much. And even so, that juicy escargot is about to be devoured if Biden doesn’t do something to get America back to work. And soon.

In a country that boasts a population of 335,028,178 legal citizens, a measly 266,000 new jobs were added in April. That’s roughly 8.2 million short of what we were seeing prior to the pandemic. This is not economic progress. The only money presently flowing through the system is the money the government keeps throwing at people to entice them to stay home.

It’s a twofold problem. Many businesses, especially those in the service industries, became coronavirus casualties and were forced to close up, which in turn, killed jobs. Those who didn’t lose their job were still not allowed to report for duty. As personal bank accounts dried up, government money went out to everyone in the country.

Though lots of businesses have once again unlocked their doors, they’re still struggling due to an entirely new and unexpected problem. The Biden administration is still feeding the wallets of those who should, and very well could return to the workforce from whence they came, thusly, keeping the economy under a giant rock, gasping for air.

Because many people aren’t living as well as they once did, yet the free money is enough to keep them complacently at home, they’ve simply cut back on unneeded luxury items. As a result of this, consumer spending isn’t even close to where it should be. But hey. It’s worth it to lounge around all day. Forget the fact that 70% of the U.S. economy comes from people buying stuff they don’t need.

Katie Nixon, chief investment officer at Northern Trust Wealth Management is exhausted. She made no bones about it when she said, “This report is a humbling experience for economists and strategists given the wide miss versus expectations.” Nobody wants to invest their money in uncertain times like these.

Experts say that at the pace we’re moving now it could take until the end of 2023 before we see the job situation returning to its expected numbers. And even that’s under scrutiny due to more jobs being added in March than were added in April.

Though Nixon does foresee an eventual financial recovery to pre-pandemic levels, she also said, “It does, however, highlight our shared belief in the Fed’s view that there is a ’ways to go” before we get back to pre-COVID-19 levels of employment.”

The market was tossed a curveball when manufacturers did a happy dance over certain restrictions being lifted. They geared up to increase production only to gear back down due to shortages of workers. Lumber mills gave up looking for people. They’re just putting out what they can with what they have which has been reflected by enormous price hikes for their products.

Restaurants across the nation are experiencing the same hardship with many of them having to shut back down again, and the only thing saving bars and nightclubs is that in times like these, people need their liquor.

As Jeff Bezos continues celebrating the enormous wealth he has gained thanks to COVID-19 all but forcing people to hit up Amazon for their needs, he’s pleased as punch with Biden’s incoherency of reality. Joe Biden is the only person/puppet who is capable of up-ticking our economy before there’s nothing left to uptick.

In order to do this though, he first has to cancel all unemployment enhancement money. Until this happens we’ll continue to be a nation full of borderline poverty level complacent citizens. Gee. That sounds a bit like socialism, don’t you think? This is how it begins…