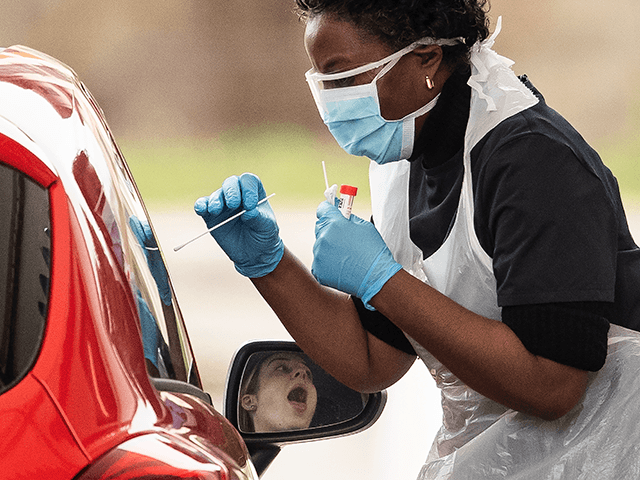 Makary joined Drs. Peter Attia and Zubin Damania on the former’s podcast, The Drive, published on Monday, in which he said:

The Biden administration regularly frame “equity” between demographic groups along ethnic and racial lines as a political priority.

We were all getting the questions — How does it spread? Do masks work? How long are you contagious for? Can you spread it pre-symptomatic? – All the basic questions of COVID, we did not have answers, because our gigantic $4.2 trillion dollar healthcare system could not do the basic bedside clinical research. I remember Peter [Attia] was even doing a quick video about, ‘Somebody please do this study.’ We were all saying the same thing. Labs were mostly closed because there was no PPE.

The NIH was unable to pivot their $42 billion dollars to answer these questions quickly. … We had a vacuum of scientific research, and all the doctors were on the front lines without any data to really answer these questions, and that’s when the groupthink began, and guess what ended up filling that vacuum? Political opinions.

The NIH is not investigating natural immunity to COVID-19 as part of its broader strategy, Makary held:

Why has the NIH not done a study on natural immunity? It keeps saying, ‘We don’t know.’ They’re ignoring the 141 studies that have been documented by the Brownstone Institute. It’s not that hard. Go to New York, where people had the infection, interview them, test their blood. Why is my research team doing this without NIH funding? Because the NIH is not only not funding it, they’re not doing it, and they’re relying on two really flawed studies that the CDC put out. This is the distortion of science itself, shutting down scientific discussion and that should be our greatest lesson.”

Dr. Anthony Fauci, director of the National Institute of Allergy and Infectious Diseases and chief medical adviser to the president, said in September of 2020 that he had no “firm answer” when asked by CNN’s Dr. Sanjay Gupta about advocacy for vaccination among those who recovered from COVID-19.

Makary stated, “The data on natural immunity being 27 times more protective [than vaccination is] not mentioned once -ever — by public health officials.” He urged:

Martin Kuldorff — who has the Harvard professor, now he’s at Brownstone Institute — has summarized the 141 studies on natural immunity, and so, when Fauci gets on the TV and says, ‘We just don’t know about natural immunity,’ well, do the study. How hard is it? This is not the riddle of the sphinx. You can figure out how many people have been reinfected from the original days of New York and had severe illness.