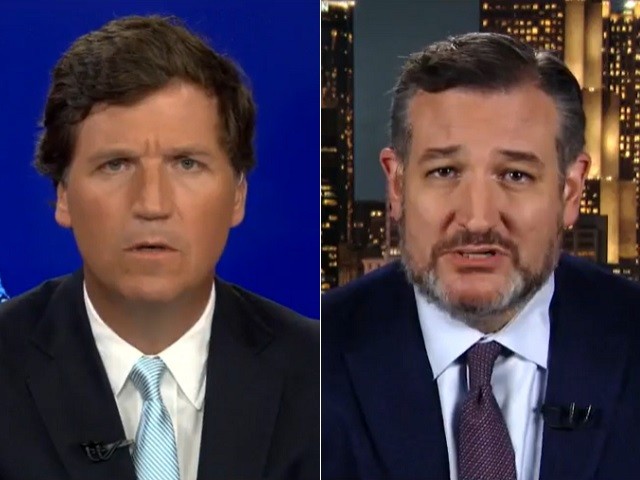 Throughout the day on Thursday, Sen. Ted Cruz (R-TX) had been the target of backlash for comments he made during a Senate Rules Committee hearing about the security lapses believed to have occurred at the U.S. Capitol that led to the riot on January 6, 2021.

Cruz had said the event was a “violent terrorist attack.”

“We are approaching a solemn anniversary this week. And it is an anniversary of a violent terrorist attack on the Capitol, where we saw the men and women of law enforcement demonstrate incredible courage, incredible bravery, risk their lives for the Capitol,” Cruz said.

During an appearance on FNC’s “Tucker Carlson Tonight” on Thursday, Cruz answered for those comments, calling them “sloppy” and “dumb.”

“Senator, thanks so much for coming on,” Carlson said. “There are a lot of dumb people in the Congress. You are not one of them. I think you’re smarter than I am. And you never use words carelessly. And yet you called this a terror attack when by no definition was it a terror attack. That’s a lie. You told that lie on purpose, and I’m wondering why you did.”

“Well, Tucker, thank you for having me on,” Cruz replied. “When you aired your episode last night, I sent you a text shortly thereafter and said listen, I would like to go on because the way I phrased things yesterday, it was sloppy, and it was frankly dumb.”

“I don’t buy that,” Carlson said. “I’ve known you a long time since before you went to Senate. You were a Supreme Court contender. You take words as seriously as any man who has ever served in the Senate. And every word you repeated that phrase, I do not believe you that used that accidentally. I just don’t.”

Cruz repeatedly claimed the comments were “a poor choice of words.” However, Carlson continued to say he did not believe Cruz.

“I guess I just don’t believe you,” Carlson said. “And I mean that with respect because I have such respect for your acuity and your precision.”