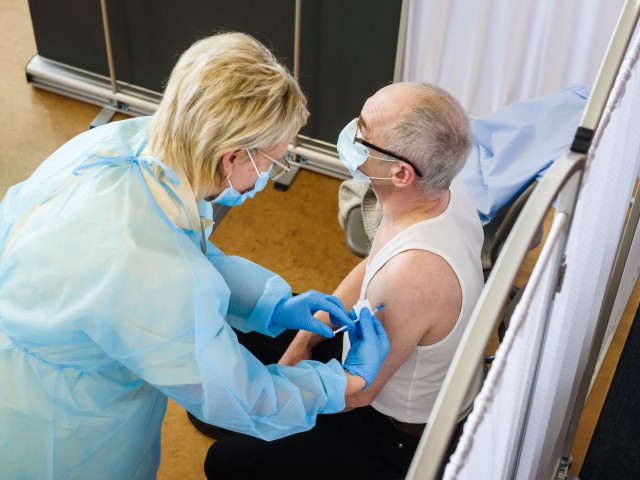 Interestingly, being vaccinated against COVID-19 doesn’t relieve concerns about the disease – in fact, the opposite appears to be true. Vaccinated Americans are more concerned about the coronavirus threat than the unvaccinated, and those who have gotten COVID-19 vaccine booster shots are most concerned.

Eighty-one percent of those who have gotten the booster say they are still concerned about the coronavirus threat, “including 48 percent who are very concerned.” The survey was conducted with 1,000 American adults on January 2-3 during an ongoing spike in omicron variant cases nationwide.

Unsurprisingly, more Democrats (52 percent) than Republicans (22 percent) and unaffiliated voters (26 percent) are “very concerned” about the virus. Democrats are also more likely to be vaccinated and to have received a booster shot.
The poll, which has a margin of sampling error is +/- 3 percentage points with a 95 percent level of confidence, found that 74 percent of Americans say they are already vaccinated and two-thirds of those say they have received booster shots. Overall, 49 percent of U.S. adults say they are both vaccinated and boosted, while 22 percent say they have not gotten the jab.

Despite higher total vaccination rates, another poll found that most Americans support a bill in Congress aimed at blocking President Joe Biden’s vaccine mandate for American workers. Roughly 51 percent said they support the bill, followed by 40.6 percent who said they do not and 8.3 percent who remain unsure. The percentage that supports the bill rises to 55.8 percent when the “unsure” option is removed.